Today's high power game requires versatility. Developing your release can be one of the most versatile tools in your arsenal. To do this, you need a good foundation and that means footwork. Staying balanced during the release and finish position is essential to developing the hand tricks to keep striking.

Once you’re comfortable at the line, it's time to learn to give the ball a different spin. The position of your hand during the release can change the ball's trajectory and that can mean going from “10 in the pit” to dusting the gutters. 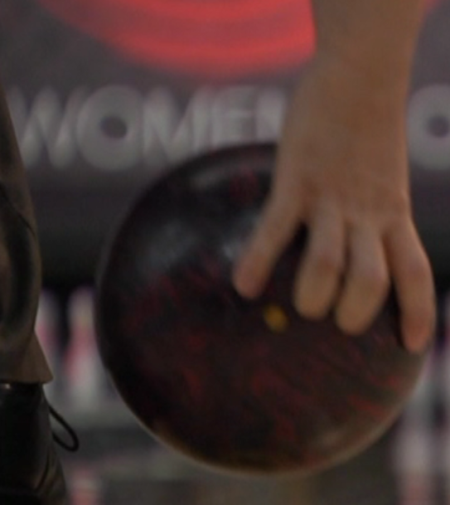 Close-up of the release

Components of the Release

Let's understand what happens during the release. The basic components of the release include the thumb exiting the ball first followed by a wrist rotation then the fingers releasing from their holes. This may sound simple but the trick to developing your release is to understand how quickly this happens (we're talking less than one second) and how to prepare for changing it when needed.

You May Know These

The relaxed, firm, and strong hand positions are techniques for changing how the ball rolls on the lanes (also covered in Mastering the Hook - picture below updated for better accuracy). Let's review:

The straight ball release is ideal for picking up spares. Keep your thumb toward the pins and your fingers behind the ball during the release and follow-through with the palm of your hand facing up. This technique has less to do with striking and everything to do with picking up spares.

The hook release is ideal for strikes and follows our concept of thumb exiting, wrist rotating, and fingers exiting. This has increased strike potential because there’s more angle to the pocket.

To develop your releases, change your hand position in your stance. To stay behind the ball and throw it straight, set up with your hand under the ball. To hook the ball more start by cupping your wrist and moving your hand slightly to the side of the ball in the set up. Remember that although you start with these different positions, the hand may finish with your normal release because of the momentum of the overall swing.

Finally, don't be afraid to take your practice off the lanes. Gently throwing a ball into the couch or a recliner focusing on the feeling of what the hand position should be at release can train the right feeling. Practice throwing a ball into a cushion or any safe area that doesn't damage anything or anyone.

Developing multiple releases is a great way to improve your arsenal by making a ball do more than one thing. With multiple bowling balls and hand releases, just think of the possibilities. The pins don't stand a chance.