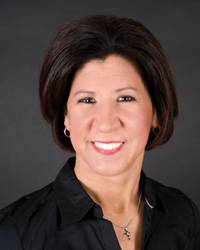 Liz Johnson of Cheektowaga, New York, burst onto the scene with Professional Women's Bowling Association Rookie of the Year honors in 1996, the same year she won the first of her three U.S. Women's Open titles. She then proved to be a trailblazer with success alongside the men in the Professional Bowlers Association, where she became the first woman to make a PBA telecast (2005 PBA Banquet Open) and later became the first woman to win a PBA regional title. The 11-time Team USA member owns 19 professional titles, including five majors - the U.S. Women's Open in 1996, 2007 and 2013, Hammer Players Championship in 2001 and the USBC Queens in 2009 - along with five titles at the USBC Women's Championships and more than two dozen medals in international competition.