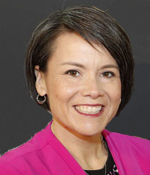 Grijalva-Milligan is a three-time major winner, capturing the U.S. Women's Open and Hammer Players Championship titles in 2000 and the USBC Queens in 2005. She also won the 2003 Greater Memphis Open on the women’s pro tour and the 2007 European Women's Masters.

As a six-time Team USA member, the right-handed Grijalva-Milligan won 22 medals, including nine gold. She won team gold at the 1999 Pan American Games and captured the singles and doubles titles at the 2007 Pan American Games.