We decided to take a look at some celebrities’ performance on the lanes and critique their style and their form. Grades on their form are provided by USBC Director of Coaching Stephen Padilla. 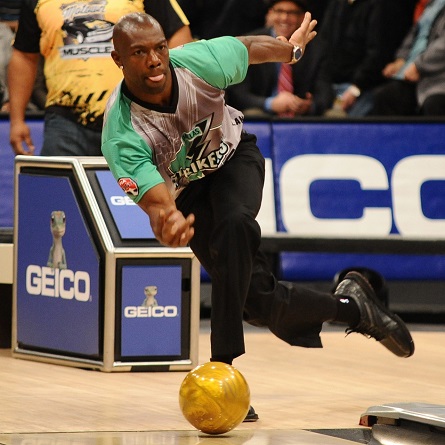 Terrell’s form during the release is great, he’s naturally athletic with his knees bent and the opposite arm by his side for balance. He has his game face on with the tongue out as many star athletes do when they’re “in the zone”. 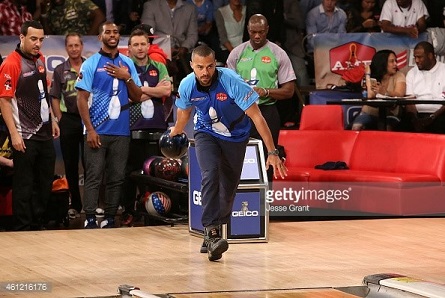 Jesse is bent at the waist and his left arms out for balance, but most important, his eyes are intensely focused on a target.  Look out for the last step, he’s not going to slide with those boots on. He may not have bowling shoes on, but who can fault this heartthrob’s style. 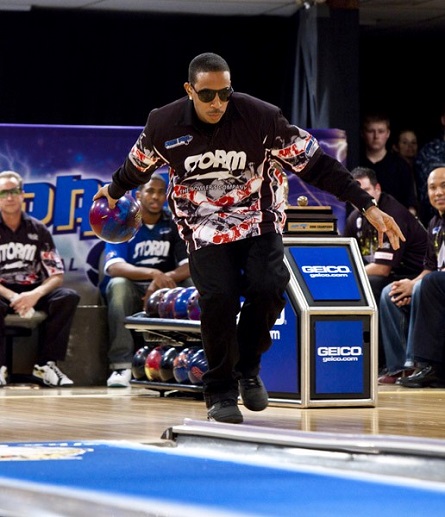 His overall form is good. He’s balanced on his right foot leading into his last step.  As for the glasses, there’s nothing wrong with using them, sometimes they can cut down glare on the lanes or relax the bowler throughout the approach.  He must have tried taking notes from that Hall of Famer sitting behind him to the left, Pete Weber. However, Luda’s shades are a bit more tinted and his pants are pretty long, a combo that could cause him to trip. 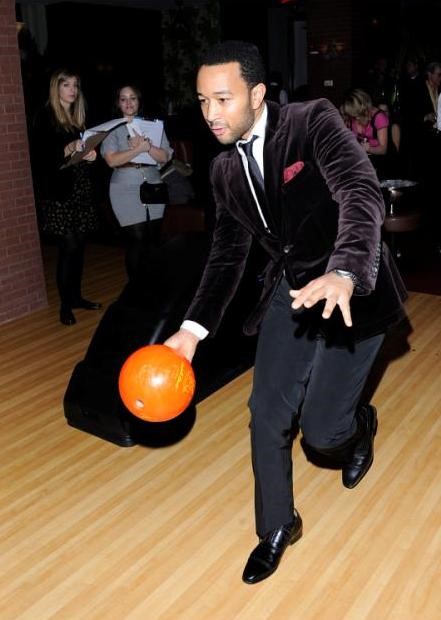 Suits were proper bowling attire in the early 1900’s, although it may constrict the arm swing and shoulder movement. John does a good job at dropping the bowling shoulder in this down swing.  If there’s anyone who could bring suits back to the lanes it could be “The Legend.” His suit gets the “green light” from us. 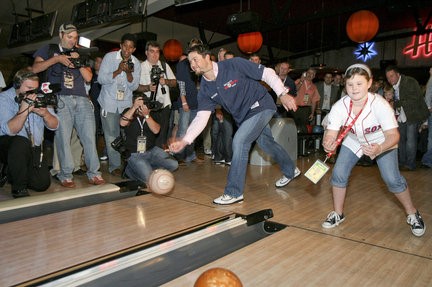 Josh has solid form during the release, posture forward, head up, bowling arm forward and balance arm back. His knees are flexed and the footwork is spaced for great balance. Also, a plus are the high performance bowling shoes, the baseball-patterned bowling ball and a smile that says he’s enjoying the game. His skills translating from the diamond to the lanes look like he will go from racking up strikeouts to strikes. 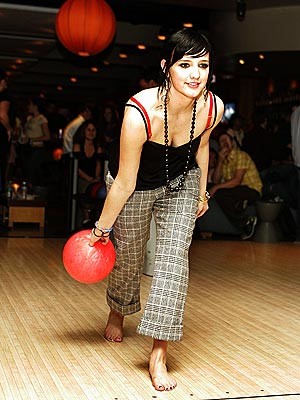 Ashlee needs some help here. Bowling shoes (or shoes at all) would help her slide and keep her posture more upright during the release. No bowling shoes = No good for bowling. 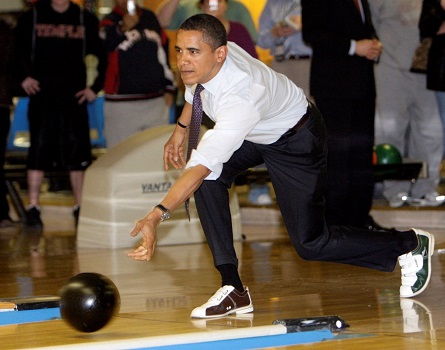 What can you say? Bowling shoes (check), legs bent and balanced (check), shoulders forward (check), follow-through extended (check), head level and eyes on a target (check). When the President bowls, we should all take notes. Plus, perfection as a southpaw will always get extra points in our book. 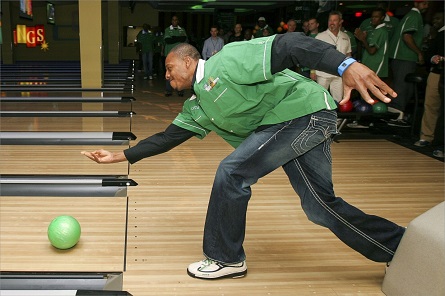 
As a veteran bowler, Paul shows great balance during his release. Although his heads a bit far forward forcing his posture to collapse, his legs are bent and his footwork’s pointed down lane. If he were closer to the foul line perhaps the ball return wouldn’t be in the way of his trail leg (common tall bowler problems). As for style, Paul gets bonus points for having a shirt matching his bowling ball which matched the color of his team at the time, the Boston Celtics. 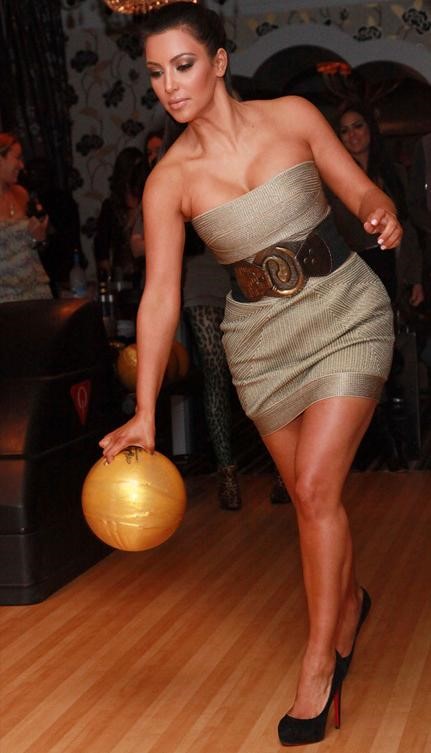 Kim’s form needs some work. Her swing is really far from her body and her hands twisting on top of the ball during the release. Trying to bowl in heels can cause everything to go wrong and certainly will not help with a slide or balance. Maybe this will start a new line of “high” end bowling heels, but in the mean time we will be one of the few websites to not give Kim an A on style.

Chris’s form comes from a lot of practice. Head steady, shoulders tilted slightly to his right, and an arm swing that delivers the ball down lane consistently are part of his great technique. However, in this case his footwork needs work, without bowling shoes his feet, knees, and hips are pointing to his right and not to his target. Those shoes may get him style points off the lanes, but on them they are a hindrance.