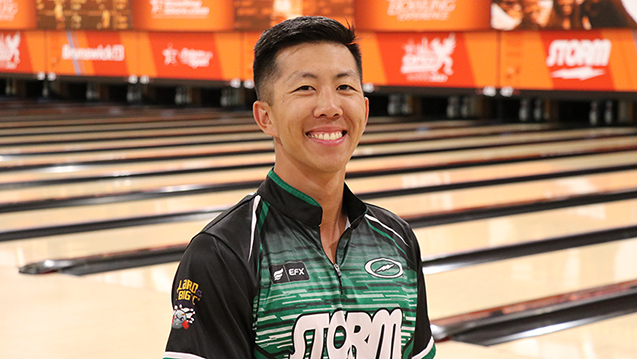 LAS VEGAS - After more than two months of competition, the 2021 Bowlers Journal Championships presented by the United States Bowling Congress wrapped up this week at The Orleans Bowling Center inside The Orleans Hotel & Casino.

Bowlers from across the country competed in this year's event, which featured the 39-foot doubles and singles oil pattern from the 2021 USBC Open Championships.

All scores from the 2021 Bowlers Journal Championships are unofficial and pending verification.

Former Team USA member Darren Tang of Las Vegas found success in three categories at the 2021 Bowlers Journal Championships, becoming the first person to do so since Craig Nidiffer of Dearborn Heights, Michigan, accomplished the feat in 2017.

After winning the 2020 Professional Bowlers Association West/Northwest Player of the Year award, Tang has yet to finish outside of the top-six in any of the PBA regional events he has participated in this year, claiming one title along the way. 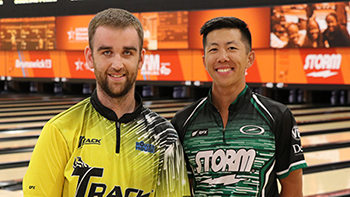 He's in position to add to his growing resume and stellar 2021 after setting the pace in Open Singles, Open Doubles and in the Dual Entry portion of the 2021 Bowlers Journal Championships.

"I'm really not quite sure how to feel right now," Tang said. "I bowl for a living, and when you do that, you always hope to come out on top, but you can never be sure if a score is going to hold up. Thankfully, this time, it did."

Tang moved to the top of the Open Singles standings May 19 with games of 279, 245 and 269 for a 793 series, and he maintained his look for three additional games, teaming with fellow local Matthew Anderson to take the lead in Open Doubles with a 1,460 total. Anderson led the way with a 744 series, and Tang had 716.

Tyler Perry of New Bedford, Massachusetts, and Kevin Thibeault of Whitman, Massachusetts, matched the leading doubles score a month later and will share in the doubles title. 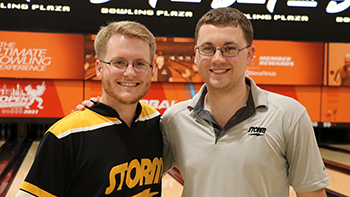 Being local to the tournament allowed Tang and Anderson to visit the event multiple times. Participants are allowed to compete eight times in each category for which they're eligible and may bowl with up to four doubles partners at once.

"It's actually kind of a funny story as to how we paired up," said Anderson, a 31-year-old right-hander and owner of a perfect game at the Open Championships (2014). "I saw him warming up and ran over and asked if he wanted to bowl doubles. He said he would, and even though I started the set terribly, we still were able to take the lead. I really didn't think that score would hold up. Luckily, it did."

Along with the Open Doubles performance, Tang and Anderson each bowled one of the three 300 games rolled during the 2021 Bowlers Journal Championships. Justin Knowles of Okemos, Michigan, bowled the other.

The 59-year-old right hander topped the Senior Singles standings with a score of 760, which included games of 275, 259 and 226, and the performance helped him and Henry Posnanski of Milwaukee into the lead in Senior Doubles with a 1,436 total. Posnanski contributed a 676 set. 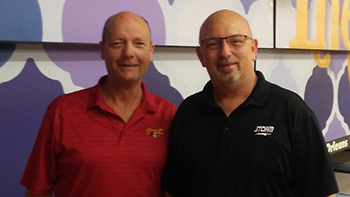 "It always feels nice to win," said Boresch, a three-time Open Championships titlist. "We actually bowled after we finished at the Open Championships, since the tournament was dark for Memorial Day weekend. While I was disappointed with my performance there, I was able to find a good look at the Bowlers Journal. Thankfully, both score held up."

Boresch owns one other Bowlers Journal title, a Classic Singles win that came in the early 1990s.

Rounding out the scratch portion of the event, was PBA Tour titlist Mike Mineman of Belleville, Illinois. The 62-year-old right-hander rolled the highest series in Super Senior Singles, a 767 set in May.

David Wolf of Clifton Park, New York, and Timothy Boyd of Bloomington, Minnesota, led the way in Handicap Doubles with a score of 1,257.

For the bowlers who chose to take advantage of the Dual Entry option at the Bowlers Journal Championships, there was the opportunity to use their three-game series for both singles and doubles at the same time. There is no additional entry fee for this option.

Tang's 793 topped the Dual Entry standings, while Boresch's 760 finished just outside of the top 10 but still will earn him some additional prize money, too.

Other offerings at the Bowlers Journal include a 30-Clean Jackpot, High Game Jackpot and Strike Jackpot.

Complete standings and prize details from the event will be posted on BOWL.com as soon as they become available.