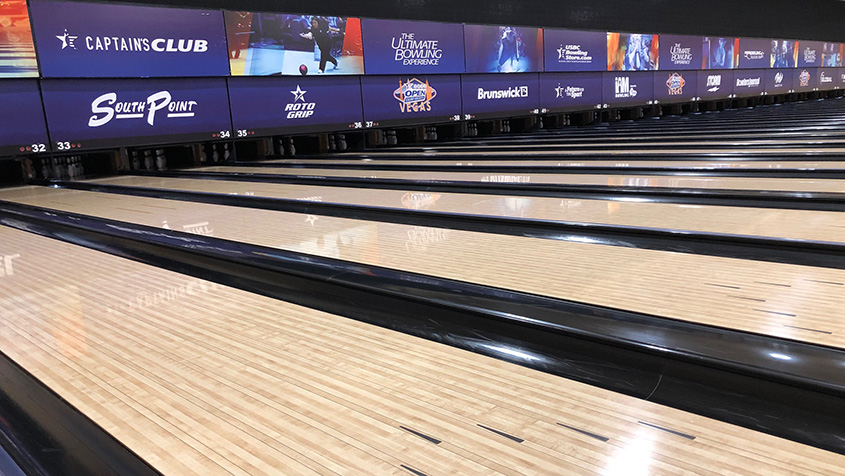 LAS VEGAS - The 118th edition of the United States Bowling Congress Open Championships came to a close Monday at the South Point Bowling Plaza and was highlighted by big scores, record performances and tournament longevity.

The 2022 event started its run March 12, and the tournament featured 9,317 five-player teams and more than 46,000 bowlers competing from across the world over 129 days of team, doubles and singles competition.

All scores from the 2022 USBC Open Championships are unofficial and pending verifications.

Of the 32 expected champions in 2022, several players will be adding to their legacy at the event with a return trip to the winner's circle, while others will be joining the tournament's storied list of champions for the first time.

Matt McNiel of Alva, Florida, and Ron Mohr of Las Vegas will collect their fifth and second wins, respectively, after helping Storm Products Inc. 1 of Alva to the top spot in Regular Team on April 1 with a 3,486 total.

"Bowling that early in the tournament, you know you have to run the gauntlet," said McNiel, who also is the 2010, 2012 and 2015 Regular All-Events champion and part of the winning pair in Regular Doubles from 2012. "There are so many amazing teams that bowl this tournament, and you have to outlast them. After you pack your shoes up and get back home, it's out of your control, and I think that's what makes the wait the hardest part.

"Getting to share this win with those guys is so amazing. This is the crown jewel of team bowling. You get one shot at it a year, and for us to come through and hold on is pretty darn special. This one means the world to me, and I'm even more happy for my teammates than anything else. They're so deserving of this win."

The five players that came closest to challenging the score posted by Storm Products Inc. 1 represented DiLaura Brothers 1 of Clinton Township, Michigan. The team had the chance to go around the leading total at the Bowling Plaza on April 13, but ultimately settled into second place with 3,468.

The group quickly turned their attention toward Team All-Events the following day and put together the top overall performance in tournament history, setting the record for the 45-game marathon with a 10,585 total.

DiLaura Brothers 1 took the lead and record from Mento Produce of Baldwinsville, New York, who had set the mark five days earlier with a 10,444 total on April 9. Pollard's Bowl of Versailles, Indiana, had held the Team All-Events record for 26 years with a 10,425 total in 1996.

Ronnie Sparks Jr., the 2015 Regular Singles champion, led the way for DiLaura Brothers 1 with a 2,201 all-events score for his second Eagle. Jay Lang, who's now a three-time winner at the Open Championships, added 2,167.

John Kelley rolled to a 2,099 total, Ryan VanHecke added 2,092 and John Buffa contributed 2,026 to the record score. Kelley, VanHecke and Buffa are all first-time winners at the Open Championships.

"It's been 23 years since the last one I won, so I don't remember the wait being this hard," said Lang, who won Regular Team in 1997 and Team All-Events in 1999. "I think it was even harder for the younger guys for their first. They were on their phones and watching scores daily, and it was a grind. But, it was well worth it.

"We had a run at team, and after falling short, there were two choices - tuck our tail and go and hide in a corner, or refocus and regroup. We came out striking and never stopped. It was an amazing feeling. To actually set the record is a little extra icing on the cake. It's a cool feeling, especially for our sponsor who will get to see his company name on the banner next year. I'm happy for all the guys."

Brian Waliczek of Frankenmuth, Michigan, collects his fourth title at the Open Championships after steady sets of 750 in doubles, 746 in singles and 745 in team pushed him to the top spot in Regular All-Events on May 14-15 with a 2,241 total.

Waliczek also is a member of the 2015 and 2017 Regular Team and 2017 Team All-Events champion with Team NABR of Fairport, New York. The 2022 edition of Team NABR, featuring Adam Barta, Mike Rose Jr., Vernon Peterson and Scott Pohl, finished second in Team All-Events with 10,538.

The score sits as the sixth highest set in tournament history and fourth overall on the list in singles competition.

George described his wait for the end of the tournament in three words - anxious, stressful, hopeful.

"I don't think I have words for it at the moment," said George, who made his sixth tournament appearance. "This is something not everybody gets to achieve, and I've certainly dreamt of being an Eagle winner. I'm still kind of speechless."

A pair of best friends finished at the top of the leaderboard in Regular Doubles in 2022, as Kyle Krol of Tinley Park, Illinois, and Kyle Damon of Orland Park, Illinois, put together a 1,522 score June 4.

"I'm still a little bit at a loss for words believing that we held up and got it," said Damon, who made his sixth appearance. "It's unreal that we captured that. It will never get taken away. Every year, we get to hear it. This is one of the biggest things you can do in bowling, and to actually achieve it is beyond words."

The 1,522 final score was the highest top total in the division since Stephen and Brenda Padilla set the record at the 2009 Open Championships with 1,566.

"We were scoreboard watching the entire time, and I can't tell you how many times I was a nervous wreck," said Krol, who also made his sixth appearance. "I've been getting to certain spots in my bowling career and have been so close to the next steppingstone. To be able to finally say I have a national title and an Eagle, and to do it with my best friend on top of it, is a dream come true. It's nice to be able to show all the hard work, dedication and time practicing really does mean something in the end."

Record scores were set across the board in the Standard Division at the 2022 event, which made its debut in 2017.

Richard Oakes Jr. of Fresno, California, and Joseph Loper of Cottonwood, Arizona, finished with the top score in Standard Doubles after combining for a 1,362 total May 1.

Sky Gettys of Thornville, Ohio, put together the top performance in his 36 years of competing at the Open Championships on May 11 to record a 763 series in Standard Singles.

Dustin Sword of Rittman, Ohio, ascended to the top of the standings in Standard All-Events with a 1,994 total May 19-20.

In the Classified Division, one bowler added another title to his collection, while the longest and shortest waits at the 2022 event also came from the division.

Miguel Sanchez of Oak Park, Illinois, captured his first win at the Open Championships in 2011, winning Classified All-Events. He joined Joseph Costa Jr. of Chicago in his return to the event in 2022 to post the top score in Classified Doubles with a 1,204 total.

Ronald Hilliard of Lancaster, California, participated during the first week of the 2022 event and was able to hold on to the top spot in Classified Singles for the duration, recording the top score with 665.

Hilliard rolled games of 235, 239 and 191 on March 16, and his overall performance also helped him to a runner-up finish in Classified All-Events with 1,824.

The Classified Team title was determined during the final team event of the 2022 Open Championships on July 17.

The members of Fantastic Five of Corpus Christi, Texas, worked together to post games of 998, 930 and 981 for a 2,909 total to move to the top of the standings.

The 2022 event featured 52 300 games, which is tied for the second most in a single edition of the Open Championships. The record of 64 took place during the 2002 event in Billings, Montana, and 52 perfect games also were rolled during the 2011 tournament in Reno, Nevada.

There also were 16 299 games and seven 298 games. There were 52 additional bowlers who recorded 11 consecutive strikes during a single game.

Allison, a four-time Eagle winner, became just the fourth bowler to reach 70 years of participation at the tournament when he competed May 6-7.

The 91-year-old right-hander made his debut at the Open Championships in 1947, and he is third on the tournament's all-time pinfall list with 122,468.

Robert Teeters of Lapel, Indiana, made his 65th appearance in 2022, while Gene Kirkham of Loves Park, Illinois, Bob Martin of San Antonio and Michael Schmid of Minneapolis each participated for the 60th time. A total of 30 bowlers made their 50th appearance in 2022.

The Open Championships will head to Reno and the National Bowling Stadium in 2023 for the 119th edition of the event. The tournament is scheduled to run from March 11-July 24, and registration already is open.