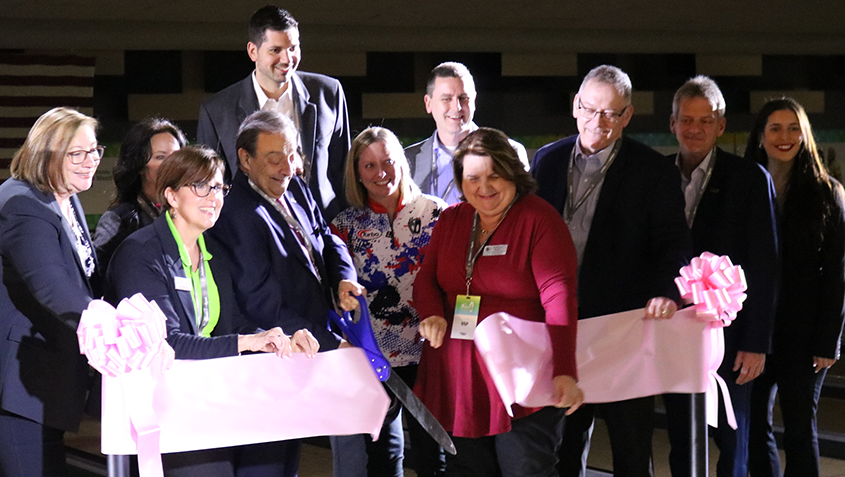 ADDISON, Ill. - The 102nd edition of the United States Bowling Congress Women's Championships kicked off Sunday at Stardust Bowl with the first of more than 3,200 teams scheduled to compete at the 2022 event.

The USBC Women's Championships is making its first visit to the Chicagoland area in more than 85 years and will conclude July 3. Chicago previously hosted the 1920 and 1935 events, and the tournament is making its first trip to the 84-lane Stardust Bowl in Addison.

The 2022 event will last for 71 days and feature bowlers from all 50 states and several foreign countries.

The festivities started Sunday with the tournament's opening ceremony, which featured speeches welcoming the participants from local and bowling dignitaries, a ribbon cutting and the ceremonial first ball from DuPage Convention and Visitors Bureau Executive Director Beth Marchetti. 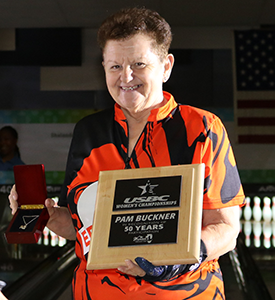 Several bowlers from the 34-team opening squad were recognized for their longevity and dedication to the tournament as well, including USBC Hall of Famer Pam Buckner of Reno, Nevada, who celebrated her 50th tournament appearance Sunday.

Buckner, who will be inducted into the Professional Women's Bowling Association Hall of Fame next month as part of the 2020 class, is one of nine bowlers expected to reach 50 years of participation at the 2022 event, while Onalee Kraus of Coldwater, Michigan, is scheduled to make her 60th tournament appearance at Stardust Bowl in June.

Prior to the official start of competition, bowlers participated in the famed Mass Ball Shot, which featured one member from each team rolling a ball down the lane at the same time.

Some of the early leaders after the opening team event at the 2022 Women's Championships include Samantha McDonald Team 1 of Glendale Heights, Illinois, in the Diamond Division with a 2,586 total, and Bowlmor 2 of Wisconsin Rapids, Wisconsin, with a 2,002 total in the Ruby Division.

The Women's Championships features four average-based divisions for team competition and six divisions for doubles, singles and all-events. All-events titles are awarded to the bowlers with the highest nine-game totals at the event, made up of three games of team, doubles and singles competition.

The tournament will take a break in May to welcome the USBC Queens to Stardust Bowl.

The Queens is a major championship on the 2022 PWBA Tour schedule and will take place May 18-24.

Prior to the start of the Women's Championships, Stardust Bowl hosted the Intercollegiate Singles and Team Championships, which ran from April 18-23.
Skip Ad