Alleging that Bowlmor AMF’s “push to transform bowling joints from haggard to hip had an extremely ugly side,” the New York Post ran a story on April 20 quoting several former Bowlmor AMF employees who believe the company makes decisions to hire and fire people based on physical appearance and age.

Dozens of complaints to that effect have been filed with the Equal Employment Opportunity Commission, said Dan Dowe, a New York-based attorney who told BJI that he is representing 56 plaintiffs from 16 states who worked in their respective bowling centers for a combined average of 18 years before their termination following Bowlmor’s acquisition of AMF and Brunswick centers.

Dowe said, “Most of them were managers with detailed knowledge of insensitivity to age, and just taking people out based on look and appearance and age.”

The Post’s Gabrielle Fonrouge reported that, “Between 2013 and 2015, the company fired 287 managers from its 351 bowling centers.”

“We have had around 35,000 employees since July 2013 when we acquired AMF, and you have rampant turnover in the hospitality business. We have, between all the acquisitions, more than 350 centers, and we shut a number of those. So that number means less than one manager termination per center over 3 years. Statistically, it’s probably lower than the industry average. While disappointing to us, that doesn’t strike me as excessive. Who knows what the circumstances were? Maybe we closed the center. Maybe we fired them for cause. What I can tell you is none of them were the result of discrimination of any sort.”

Inside Edition picked up the story for a May 18 TV segment in which Miguel Martinez, who had managed a center in Queens, N.Y., before his termination in August 2013, said, “Somebody’s making the decision that we’re too old, too fat, too ugly. You know, we don’t fit the GQ mold.”

Anthony Weimer, another former Bowlmor AMF employee who joined Martinez for the Inside Edition segment, said Bowlmor AMF fired him over the phone after 25 years in bowling-center management. Weimer spent most of that time as general manager of AMF Pin-O-Rama in Utica, N.Y., a center he said was profitable and had a league base of “about 1,200 bowlers.”

“I was fired over the phone also,” added another former manager, Pete Mackracken, who had worked as a bowling-center GM for 20 years.

Weimer told BJI that the reason he was given for his termination in February 2016 was his decision to reach out to a mechanic from a center “about 20 miles away” to fix a machine that had been down for nearly a week, which he did.

“I paid him out of pocket, because I had no way of paying him. The closest Bowlmor center was two hours away in Rochester, and they weren’t sending any help.”

Weimer, who was 56 at the time of his termination and now is 57, told Inside Edition that he “was replaced by a 25-year-old.”

“As general managers, we were encouraged to take ownership, so I made a decision I felt was in the best interest of the company,” he added. “We were encouraged to do that. Then it was, ‘You can’t do that. We don’t encourage that,’” Weimer added. “I never had any verbal or written warnings in 25 years. Always had excellent annual reviews. I was very highly thought of by all my district managers and by other center managers. I really took a lot of pride in the center.”

Weimer said he now works as a part-time delivery driver and that the situation forced his wife, who had stopped working amid a 20-year battle with a relapsing-remitting form of multiple sclerosis, to go back to work part-time.

Margie Renstrom had a similar experience. After 21 years spent mostly as the manager of the bar and later the snack bar as well for Brunswick Zone Glendale in Glendale, Ariz., she was terminated at age 51 in May 2015 due to what a Bowlmor AMF loss prevention official named Sandy told her was “theft.”

Though she says that if she herself ever gave a customer a free beer, she did so only on orders from her general manager during birthday party situations, Renstrom was pulled into a meeting one day in May 2015 and said that Sandy asked her questions such as, “Have you ever given away a drink? Why would you double-pour? Is there a reason you would fill two pitchers of Bud Light but take payment only for one?”

According to Renstrom, Sandy then asked her how much money she thought such behavior had cost the company over her 21 years at Brunswick Zone Glendale. Renstrom said, “Are you talking like a thousand dollars? If I pay you a thousand dollars right now do I get to keep my job?” and that Sandy’s reply was, “Well, it would look better for you.”

Renstrom said she was replaced by a woman who “was maybe 19 or 20” and that “she was absolutely adorable, I’ll give her that.

“I always said they’re going to bury me on lane 40 because I had been there so long,” she added. “I knew everybody’s kids, I knew their kids’ kids, I went to weddings and anniversaries and too many funerals to count. They didn’t just steal my livelihood; they stole my life. They took my second family from me. I felt ashamed.”

Deborah Parlette had been general manager of Brunswick Zone Columbia in Columbia, Md., since 1990 when she was terminated in November 2016. She said she was fired “for mismanagement due to a theft.”

Similar to Renstrom’s case, Parlette said a standard routine audit of her center revealed “credit card tips that were higher than 10 percent, and based on looking at the video they saw the bartender giving product out and not taking money. Then they started digging deeper and they found several people doing that.”

Parlette conceded that “theft is theft. But, in these cases, they were trying to make more tips but they also were helping to build the business.” 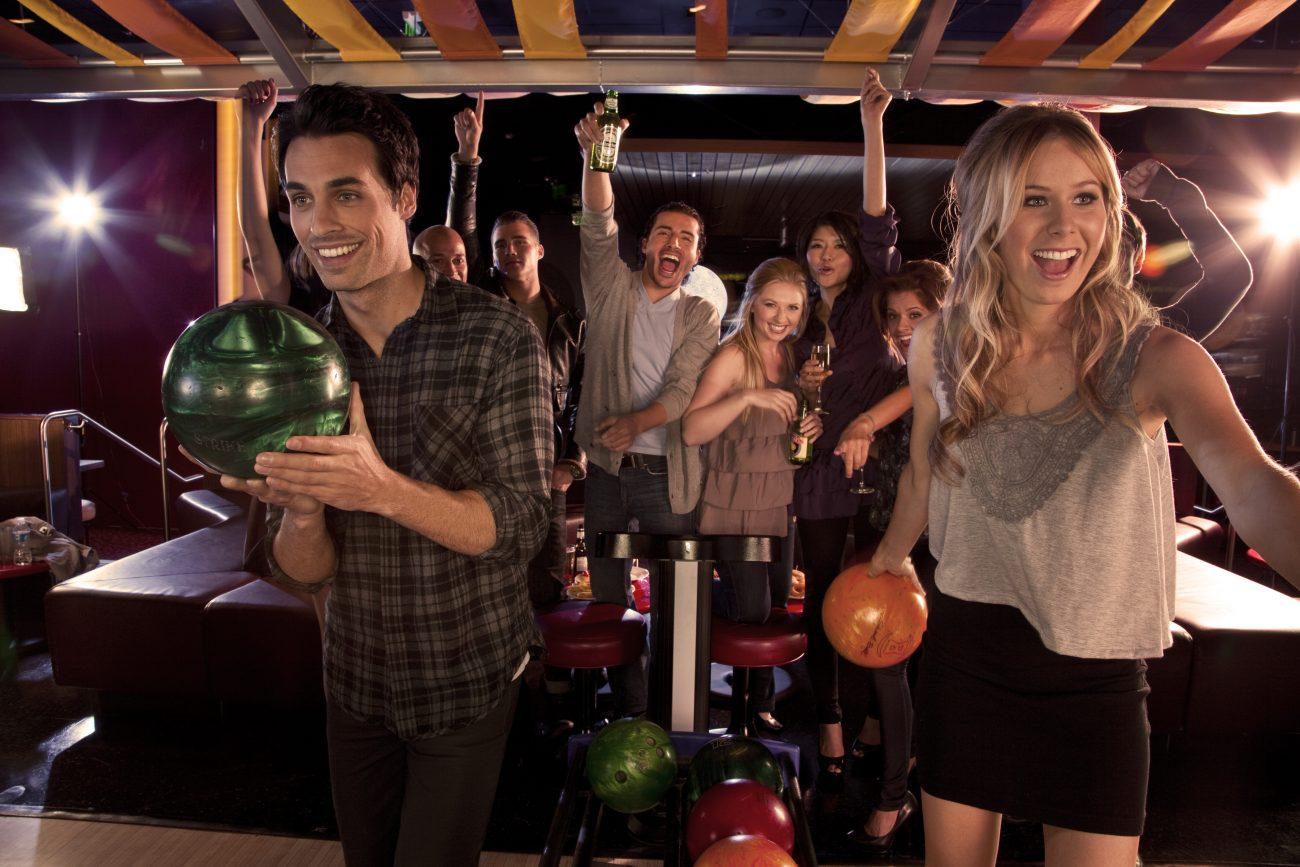 Asked what impact the termination had on her life, Parlette said, “I lost $80,000 a year. How do you think that affected my life? I was devastated, I was depressed, I had to get myself out of bed in the morning, and just try to move on with my life.”

Shannon argues that “no termination was ever as simple as .

“That is nonsense,” he added, saying that GMs whom his company terminated “failed multiple loss-prevention audits,” and “had five of their people terminated for theft at one time. These people weren’t managing. In many cases, they weren’t even coming to work. We are not irrational, firing good managers for no reason.

“At any given time, 20 to 30 general manager openings. It is very hard to hire general managers. We pay, between salary and bonus, more than $100,000 for GMs in top markets. I’m hiring now. If you are good, hard-working and ambitious, send us your resume! I am desperate to hire GMs.”

Asked if she believed her termination had anything to do with her age, Parlette, who is 60, said, “The word from the higher ups was always, ‘We’re going in a new direction.’ I never heard anyone say, ‘We want beautiful people.’ Couple times, they said, ‘We need new blood at the bar.’ I never heard them say, ‘You’re too old’ or, ‘You’re too heavy’ or, ‘You’re not pretty enough.’”

She said talk of needing “new blood at the bar” made her think that “they were going to get rid of the old people.”

Shannon said, “I love good managers. I don’t care if they are young, old, fat, skinny, men, women. We are blind to that. All we want is honesty and competence.

He added, “I’m bald. I also am over 50. Larry Ross , he’s bald and he is heavy-set, yet he is the guy who has the most amount of responsibility on the operating side of the business. He is my right-hand man.”

Unlike Renstrom or Weimer, Parlette — who now works as a part-time lunch lady in her local school system — was not replaced by someone considerably younger, but rather by a man whose age she estimated to be “about 47.”

Said Shannon: “How can they argue they were fired for being over 40 when they were replaced by someone over 40?”

Dowe expressed confidence that the cumulative impact of his clients’ stories presents a compelling case that their terminations resulted from discriminatory considerations. He is hopeful the EEOC will deem their plight worthy of a hearing in court.

To Shannon, however, Dowe’s narrative of discriminatory terminations underscores a broader problem.

“It is a sad commentary on society that people concoct this stuff rather than admit that they failed,” he said. “They just make this stuff up because, ‘Hey, maybe they will settle.’ We don’t settle. Let this drag on for a decade. I don’t care. People who were fired for theft or non-performance, I think these are the people who are part of the reason AMF went bankrupt twice in 11 years. This entrenched laziness and dishonesty and obfuscation of the truth, there was a lot of that at the old AMF.”

Shannon called Dowe an “ambulance chaser who is charging money up front to represent them and promis them stuff he can’t deliver. The facts are 100 percent on our side. It’s just an indictment on where we are in our society. People think if they’re caught stealing or working different hours than they should, that when they’re terminated they are entitled to some lottery winning by virtue of the fact that they were terminated. If they were smarter they would know that isn’t going to be the case.”