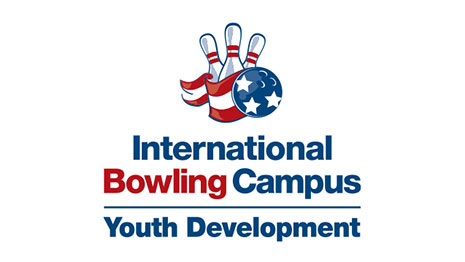 The High School Grant Program accepts applications from schools that can show a financial need for their bowling program because of budget cuts or other changes, or schools can request funding to start a new program.

Each of the following schools received a $2,500 grant based on submitted applications:

The bowling program at Bourbon County High School began in 2007 as a club sport and was elevated to varsity status during the 2011-2012 school year. In that time, the program has included as few as eight players and up to nearly 30.

Like all sports at BCHS, the bowling program is self-funded. That means players and coaches are responsible for player fees, fundraising and seeking donations, with much of the money collected being used for lineage fees, match and tournament costs, transportation and uniforms.

An additional challenge for the Colonels is that their home center, Capital Bowl, is more than 40 miles away in Frankfort, Kentucky, so transportation limitations and expenses can influence the number of team members.

The team entered the 2020-2021 school year with a 10-athlete roster and was able to add another player through an October tryout. Since the start of the season has been pushed back due to COVID-19, there's still time to recruit more student-athletes.

As the bowlers and head coach Johnny Yazell prepare to compete in a COVID-19 world, their initial plan was to compete in 8-10 matches against other schools from their region, along with at least two tournaments. So far, their schedule includes three matches and three tournaments, including the event they will host at the end of January.

The Colonels were able to begin practicing on Dec. 14, and their season was scheduled to officially begin after Jan. 4.

"We're a small community (approximately 10,000 in Paris and 20,000 in Bourbon County), so everyone is fundraising for every sport, and that makes things more challenging, even in a normal year," Yazell said. "We just feel so blessed to receive this grant. It's a huge relief for me and my assistant coaches. We have been really worried about raising funds and taking care of the kids and their needs this year. I cannot put into words how grateful we are. It's an amazing gift, and it will go a long way."

At Hutchinson High School, the bowling team is a community effort, funded with help from the local bowling center, Hutch Bowl, and the parents of the bowlers, while traditionally being coached by a volunteer parent.

The team ideally would include 7-8 team members, five of whom would bowl at a time, but head coach Michelle Maki always is hopeful and excited about adding new players into the mix.

Each year, the Tigers traditionally participate in a conference that includes five local schools. They travel weekly to different bowling centers, where they bowl against three other teams in a five-game match.

After approximately seven weeks of competition, the teams meet again for a conference tournament. The conference champion and runner-up advance to district play, where teams must finish among the top eight to advance to the state event.

Bowling is not yet recognized as a varsity sport in Minnesota. There is a fall season for co-ed teams and a winter season for girls teams.

A successful 2019 co-ed season left Maki and the Tigers motivated for 2020, but the year ended up being anything but traditional.

State and local restrictions due to COVID-19 forced adjustments to the bowling schedule and competition formats, since only so many people are allowed in the bowling centers at once. Instead of five-player teams, the fall season included three-player teams and a modified Baker format. Practicing also was a challenge due to Hutch Bowl being closed or having a limited capacity.

"With the year and struggles and all the kids have gone through, this grant will help so much and give such a glimmer of hope as we work hard to get back to normal," Maki said. "They're all so passionate about bowling and hope to do it in the future, whether it be in college or as adults. They'd spend all day at the bowling center, if they could. This really will help with improvements for the program and to their bowling games, and we truly appreciate it."

The grant will allow the team to keep personal costs down, while securing additional coaching and supplies, along with potentially offering scholarship assistance to attract more players.

Though the program is small, the Tigers are very focused on the camaraderie and friendship aspects of team bowling, including spending time with bowlers from other schools and areas. The players also are excited about bowling beyond high school, as they know it is something they can do for a lifetime, and high school bowling is just an early step.

In addition to the High School Assistance Grant Program that benefitted these two deserving schools, IBC Youth also offers S.E.T.S. Equipment Grants, which help provide equipment to high school teams that can't afford it. The Bowling Proprietors' Association of America and USBC, in coordination with IBC Youth Development, are working together with industry suppliers and manufacturers to make this happen.