Castillo takes lead after Round 2 at 2022 USBC Senior Masters 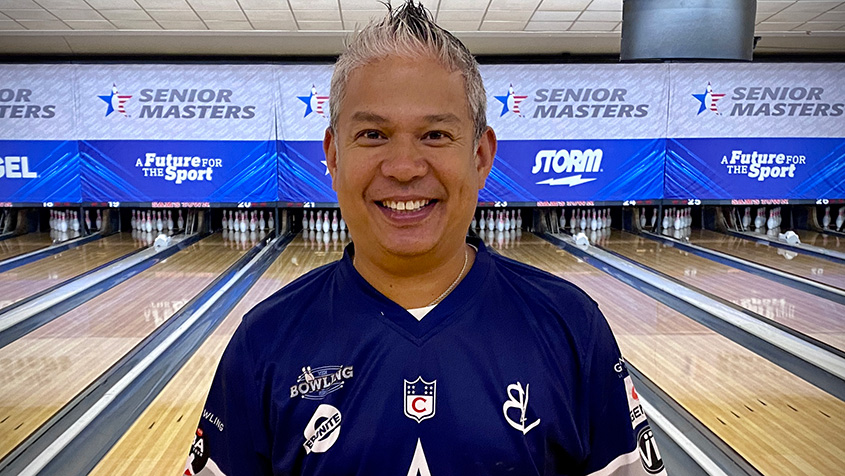 LAS VEGAS - Dino Castillo of Highland Village, Texas, started his second round at the 2022 United States Bowling Congress Senior Masters with a 300 game and 801 series to vault to the top of the standings Wednesday at the Sam's Town Bowling Center.

USBC Hall of Famer Lennie Boresch Jr. of Kenosha, Wisconsin, remains in second place with a 2,357 total, and USBC and Professional Bowlers Association Hall of Famer Parker Bohn III of Jackson, New Jersey, maintained his position in third with 2,350.

Brad Angelo of Lockport, New York, is fourth with 2,331, and opening-round leader Richard Benard of Rio Rancho, New Mexico, is fifth with 2,323.

All competitors at the 2022 Senior Masters will bowl three five-game blocks over three days, with the final round starting Thursday at 11 a.m. Eastern. The top 63 bowlers will join Hess in the tournament's double-elimination bracket after 15 games.

Bracket matches will be contested in a three-game total-pinfall format, until the field is cut to the top five for the stepladder finals Sunday at 1 p.m. Eastern on BowlTV.