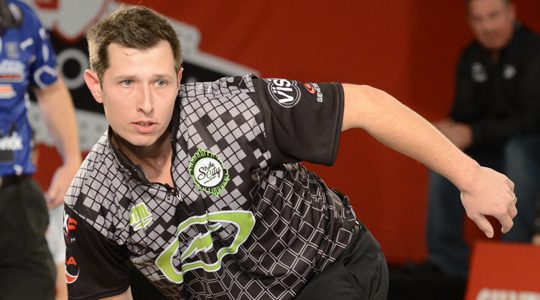 Matt O’Grady of Matawan, N.J., representing the PBA East Region, and Dick Allen of Columbia, S.C., representing the South Region, have earned return trips to the PBA Regional Challenge in Reno where O’Grady is the defending champion and Allen was runner-up in 2016.

The PBA Regional and PBA50 Tour Challenge events will kick off the GEICO PBA World Series of Bowling IX, presented by Eldorado Reno Properties, at the National Bowling Stadium, on Tuesday, Nov. 7. WSOB IX kicks off the Go Bowling! PBA Tour series for 2017-18.

In 2016, Allen and O’Grady emerged from the eight-game head-to-head match play preliminary round as the one-two qualifiers for the title match which was live streamed on Xtra Frame. O’Grady won the showdown match, 225-217.

The other regional qualifiers O’Grady and Allen will face this year include:

Both Challenge events will be covered live in their entirety by PBA’s Xtra Frame video streaming channel. For subscription information, visit xtraframe.tv.