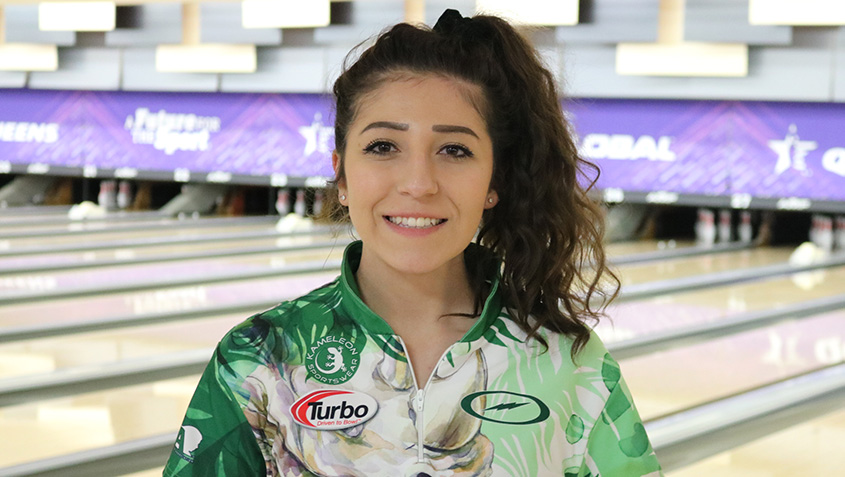 ADDISON, Ill. - Defending champion Julia Bond of Aurora, Illinois, is one of eight players who remain undefeated after the first day of match play at the 2022 United States Bowling Congress Queens.

Eight additional players look to stay alive at Stardust Bowl and continue their quest toward a major championship in the event's double-elimination bracket.

Match play will continue Monday at 11 a.m. Eastern until the five competitors are determined for Tuesday's stepladder finals, which will be broadcast live on CBS Sports Network at 7 p.m. Eastern. The winner will claim the coveted tiara and $60,000 top prize.

The USBC Queens is the second event and first major championship on the 2022 Professional Women’s Bowling Association Tour schedule. All qualifying and match-play rounds leading up to the televised finals are streaming live at BowlTV.com.

The Queens is often referred to as one event featuring two tournaments because of how different qualifying can be from the double-elimination bracket. It couldn’t be more true for Bond. If someone would’ve told her Thursday she would win three matches on the first day of match play, she wouldn't have believed you based on her qualifying performance.

Although she was guaranteed a spot in the bracket as the defending champion, Bond still wanted to have a good performance and gather as much information as she could during her 15 games earlier in the week. She didn’t see a clear picture regarding lane play and ball reaction and was simply trying to do a little too much to start the week.

But, that all changed when match play began, as Bond looked like the player who went 6-0 last year on the way to her first major championship. She defeated Russia’s Maria Bulanova (646-506), Courtney Jacques of Albany, Georgia (676-543), and Latvia’s Diana Zavjalova (672-590) on Sunday.

“You know, the lanes are playing a little bit different and there's less people and less traffic,” Bond said. “We say it's a different tournament, and for me, it really is. I've been able to play a different part of the lane that is better suited for me and where I'm more comfortable. I'm seeing the lane transition a lot easier than I did in qualifying, and I'm just excited to be able to have a picture again. I'm just a lot calmer.”

Bond may have added a little pressure on herself considering she is the defending champion this week, on top of missing last week’s cut at the season-opening PWBA Rockford Open. She wanted to get out of the gates running during qualifying and got out of character.

“I’d like to think that coming into this (week) I was calm and excited, and I was going to be present,” Bond said. “But I stepped on the gas pedal (early), and I can admit that. I wanted to just get after score, and I wanted to get it now, and that's just not the mindset that I perform the best in. I know that, but I’m still learning and I’m still growing as a player.

“Looking back on it now, I didn’t have to try so hard. All I needed was to just stay calm, throw shots and stick with the process that I know instead of trying to do so much so fast. Now, making the bracket, I am in a better mindset, taking more time and making smarter decisions. I’m in a better headspace.”

Shannon O’Keefe of Belleville, Illinois, the 2018 Queens champion, will face Colombia’s Clara Guerrero. Guerrero finished third at the event in 2019.

Danielle McEwan of Stony Point, New York, will face Cassidy Courey of Brooklyn Center, Minnesota, to round out the Winners Bracket. McEwan finished third in 2016.

Other elimination matches include Hope Gramly of Aubrey, Texas, taking on Shannon Grimm of Fenton, Missouri, and 2021 PWBA Rookie of the Year Stephanie Zavala of Downey, California, versus Erin McCarthy of Omaha, Nebraska.