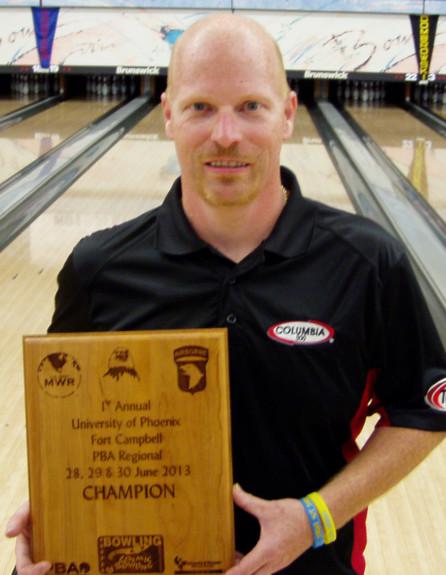 Funeral services have been scheduled for Saturday in Springfield, Mo., for Sean Swanson, a 19-time PBA Regional title winner from Springfield, Mo., who died on his 46th birthday Sunday after a three-year struggle to overcome a rare form of cancer.

Funeral services in Springfield Saturday will follow a visitation that is scheduled for noon-2 p.m. at Klinger-Cope Funeral Home.

Swanson, who had a highly successful amateur career before joining the PBA 18 years ago, won his last PBA title in Fort Campbell, Ky., in 2013. In his 70 PBA Tour appearances, he made the TV finals once, finishing second in the 1998 Oregon Open when he lost to Danny Wiseman in the title match, 213-191.

Swanson is survived by his wife, Angie; son Cabel and daughter Victoria, and stepson Justin.