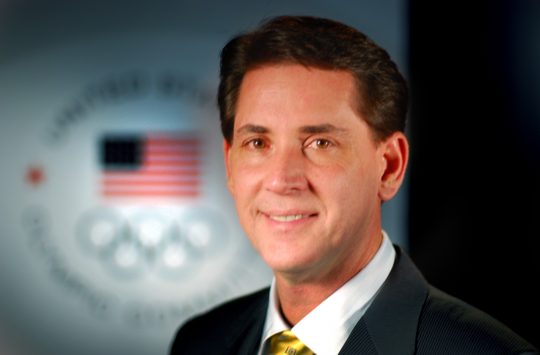 The COVID-19 pandemic now has claimed multiple national youth tournaments among the bowling events that have had to be cancelled in response to the health concern and economic uncertainties the virus has brought about, including, most prominently, the 2020 Junior Gold Championships and the 2020 Intercollegiate Team and Singles Championships. Also cancelled along with Junior Gold per USBC’s April 16 announcement were the USA Bowling National Championships, the Bowling.com Youth Open, and the Survivor tournament.

But there are two national youth bowling events the pandemic
is yet to claim: Mike Nyitray’s U.S. High School Bowling National Championship
and Gary Beck’s Teen Masters. Those events have been rescheduled, with Nyitray
and Beck both hopeful and realistic about the chances their tournaments will proceed.

Nyitray, President of the U.S. High School Bowling
Foundation, said that last week’s decision to cancel the 2020 Junior Gold
Championships had “not at all” changed his own thinking about whether to proceed
with the U.S. High School Bowling National Championship. “We have considered numerous
scenarios, including whether Junior Gold were to be cancelled.”

Nyitray says the very fact that the selection of events
available for youth bowlers to compete in continues to dwindle due to the pandemic
is motivating him to “do everything possible to run our event … I believe it’s
worth fighting for the high school bowlers, especially seniors, for them to
have a true season-ending event.”

Nyitray’s decision to reschedule the 2020 U.S. High School Bowling National Championship, which was set to be held June 20-22 at Western Bowl in Cincinnati, Ohio, but now will be held July 25-27 at Poelking Lanes South in Dayton, Ohio, largely was informed by a survey Nyitray sent out to coaches who had teams entered into the event as of April 10. The survey asked for respondents to answer “Yes” or “No” to the following question: “Would you be open to rescheduling to July 25-27?”

Nyitray reported in a subsequent email on April 14 that the
overwhelming response was “Yes” — by a vote of 28-3.

Nyitray said the reason the tournament was relocated to a
different city in addition to getting new dates was that, “Because of a music
festival taking place in Cincinnati on the same July weekend of our reschedule,
we were unable to guarantee any hotel rooms for less than $200 per night,” and
that was presuming “we could even find available rooms.”

An April 17 statement on the website for that music
festival, the Cincinnati Music Festival (or CMF2020) stipulates that the event “is
proceeding as planned … However, because our event is 3 months away, things
could change between now and the end of July” — a caveat that exemplifies just
how fluid a situation the pandemic remains for organizers of any event at which
people will gather, bowling tournaments among them.

In an April 8 email announcing new dates for the Teen
Masters, set to take place at AMF Shrader Lanes in Richmond, Va., Beck wrote
that, “Though I am still hopeful that the COVID-19 pandemic will begin to
subside in the coming weeks, I am compelled to take whatever steps I can to
ensure the safety and wellbeing of the families who will participate. While acknowledging
that the change will have a positive impact on some and a negative impact on
others, it is for the greater good the 2020 Championships are being
delayed five weeks to August 2nd – 7th.”

Beck’s thinking also was guided in part by a survey of
participants. His survey asked whether those planning to bowl the 2020 teen
Masters planed to fly or drive, whether those planning to fly already had
purchased airfare, when participants’ fall semesters started, and whether any
would have scheduling conflicts preventing them from bowling the event should
it be rescheduled for Aug. 2-7. More than two-thirds of respondents indicated
they planned to drive to the event. Only 13 percent of those planning to fly
already had purchased their tickets, and less than a fourth of those responding
to the survey indicated that Aug. 2-7 would create a scheduling conflict for
them.

In addition to the survey results, Beck indicated other considerations
that influenced his decision to delay the Teen Masters by five weeks rather
than cancelling were that the later dates “allow for over 100 days for the
status of the pandemic to unfold,” that “competition squads are spaced five
hours, allowing us to control the number of people in the center at a given
time,” and that “Richmond is within reasonable driving distance for 80% of the
population.

“At this point, my biggest challenge has been rebooking our
hotel blocks as so many hotel employees have been furloughed,” Beck added. “The
good news is that I’ve been able to re-contract eight of our hotels.”

For Nyitray and Beck both, the big difference between their
events and Junior Gold is one of scale. While Junior Gold involves thousands of
athletes spread across multiple bowling centers within a host city, Nyitray and
Beck’s events involve far fewer participants competing in a single center.

“We will continue to be in a single location with
approximately 300-400 bowlers this year,” Nyitray said. “With all of the
uncertainties surrounding the pandemic, most notably lack of testing and the
multi-day non-symptomatic contagiousness, majority of
attendees flying into Vegas, I think the USBC made the best decision in
cancelling Junior Gold.”

Beck said that none of the three squads at the Teen Masters
will hold more than 120 bowlers and that, like Nyitray’s event, the tournament
requires just one bowling center to host.

Nyitray acknowledges that against the backdrop of a
pandemic, his own event in no way is immune to uncertainty.

“We WILL hold the ’20 National Championship as long as the
bowling center is open for business,” Nyitray said in an email to attending
coaches. In a subsequent email exchange with BJI, Nyitray said, “There are way
too many uncertainties influencing the closure of non-essential businesses,
like bowling centers. That is why we have taken the position that if the
bowling center is open for business, we will run the ’20 National Championship,
regardless of entries.”

Nyitray said those wanting refunds will get them, “even
last-minute withdrawals. We have always provided 100% entry-fee refunds, no questions
asked.”

Nyitray added that one prevailing fact he has contemplated
in deciding to reschedule his event is that, “We can always cancel, but we can’t
uncancel. There are no more reschedule options as we don’t believe it
appropriate to host any National Championship after the start of the school
year. We don’t have a hard date for possible cancellation, but it will not be
any earlier than early July.”

Beck struck a hopeful tone with regard to the pandemic and
its impact on bowling.

“It will get better,” he said. “It’s a question of
how quickly.”