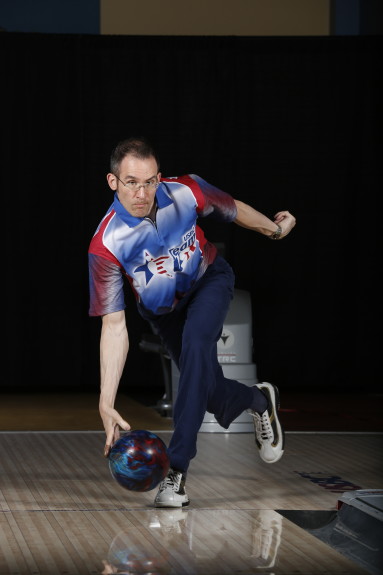 Janawicz had a six-game total of 1,319 (219.83 average) to take the gold medal at AMF Bolera Paradise Lanes in San Juan, Puerto Rico.

"I tried playing a little farther to the right the first game, and I think I got caught in the middle of what ball to use," said Janawicz, a seven-time Team USA member. "Then I made a ball switch, moved in and tried to open the lane up. All of the sudden I found something and I had it for three games. I just kind of grinded it out from there and fortunately it was enough to hold up for the win."

It was the third time Janawicz has won the singles gold at the PABCON Men's Championships, also taking the title in 2007 and 2012. His gold-medal total this year was the lowest winning score since 1993 when Anthony Chapman won for the United States with 1,306 in Guadalajara, Mexico.

Team USA's Chris Barnes, who bowled alongside Janawicz in singles, took the silver medal with 1,316, while Venezuela's Reydnier Chavez took the bronze with 1,296.

The PABCON Men's Championships features the best bowlers from the American Zone competing for medals in singles, doubles, trios, team, all-events and match-play Masters. Competition continues Tuesday with the doubles event on the 39-foot Seoul pattern.