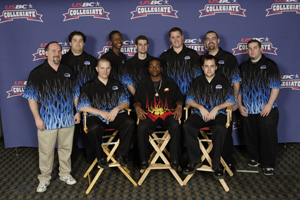 ROCKFORD, Ill. - Teammates describe Lindenwood University junior Emil Williams Jr. as the "Human Firework." Thanks to Williams' explosiveness Saturday, all of the Lions can call themselves national champions.

Lindenwood, located in St. Charles, Mo., defeated Fresno State 2-0 in the best-of-3 men's final at the 2005 Intercollegiate Bowling Championships, a United States Bowling Congress Event, at the The Cherry Bowl.

The Intercollegiate Bowling Championships is the pinnacle event of the college bowling season. The IBC brings together the top 16 men's and top 16 women's teams in the country to compete for national titles on national television (College Sports Television).

It is the first national championship for the Lions, who were participating in the Intercollegiate Bowling Championships for only the second time.

"It hasn't sunk in," said Williams, a Chicago native. "We just want to bask in this right now. This feels so unbelievable." 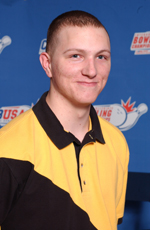 "These guys have had confidence all year," Lindenwood coach Randy Lightfoot said. "This is what happens when you believe in yourself. It also helps when you have one of the best collegiate bowlers in the country (in Valenta)."

"The team depends on me to get up there and get them going," Williams said. "This was a total team effort."

The Lions were presented with the Helmer Cup, awarded to the IBC national champions. The Helmer Cup is named in honor of the late Kerm Helmer, longtime coach at Erie Community College who led his teams to four IBC titles.