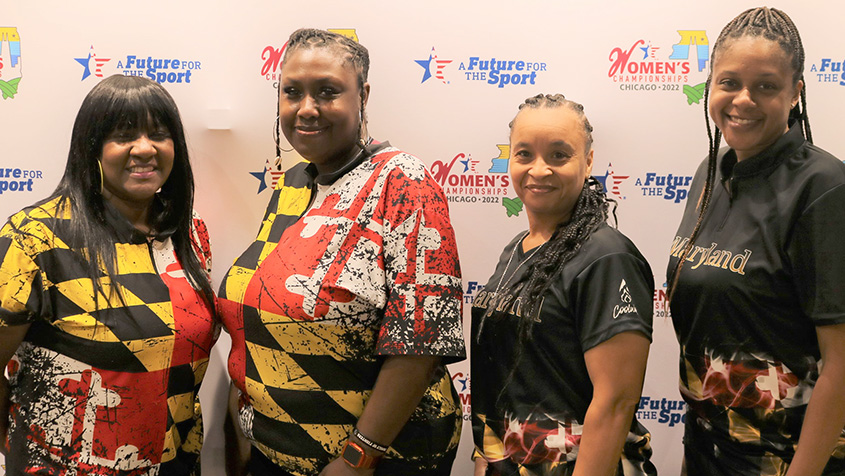 ADDISON, Ill. - For the third time in a week at the 2022 United States Bowling Congress Women's Championships, the lead in Ruby Team has swapped hands, with the members of B-More Ladies #8 of Middle River, Maryland, taking the top spot Friday at Stardust Bowl.

After a good start with 771, things slowed down in Game 2 with 707. The team stayed loose with each other during Game 3 and shot 764 to propel them to the top of the Ruby leaderboard with a 2,242 total.

This year was the team's first trip to the USBC Women's Championships after bowling league together for 10-plus years in Baltimore.

"It was awesome to bowl this event with these ladies, and even better now that we took the lead," Thornton said.

Having bowled together for so many years prior to their trip to Addison was a big reason the team recovered so well in Game 3.

"We just kept having a good time," Thornton said. "We were not worried about the score, and it got us to the top. I'd say it worked out well for us."

Just a day prior to B-More Ladies #8 taking the lead, the members of Off Balance 2 said they would enjoy being at the top while it lasts, and the new leaders expressed similar thoughts.

Thornton and her team are not too concerned with holding the lead at the moment, but simply want to savor the moment with each other and continue to stay loose and have fun.