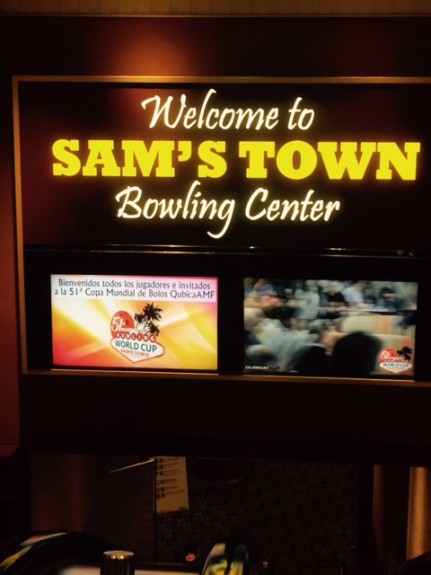 A brightly illuminated sign and side-by-side flat screens greet bowlers and spectators as they descend the escalator from the main floor of Sam's Town to the resort's bowling center.

Here’s a look at the 16 players who are still in the hunt for the World Cup trophies:

Keira Reay of England missed the cut by 21 pins, and will serve as the alternate on Thursday.

1. Francis Louw, South Africa, 7130 — Making his third World Cup appearance, this operations manager has a high game of 289 this week.

Markus Jansson of Sweden will serve as the alternate after missing the cut by 16 pins.

On Thursday morning, each division will feature an eight-game round robin, with 30 bonus pins awarded for each win. After 40 games, the top three in each division will advance to the stepladder finals, featuring best-of-three matches.

The World Cup’s official website features full standings, player profiles, a link to daily live streaming and more. To view all of this week’s BJI blog posts from the World Cup, click here.