Mike Fagan Honored as January Bowler of the Month 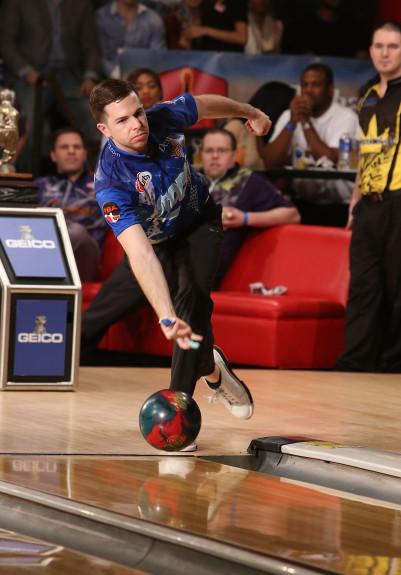 Mike Fagan of Fort Worth, Texas, has been chosen as the January 2015 Kegel Bowler of the Month by the International Bowling Media Association.

After advancing to match play in the four events of the 2014 PBA World Series of Bowling by a mere ten pins, he jumped to seventh after the first eight games of match play. Fagan jumped to second place in the second match play round, winning seven of eight games, maintaining that spot through the third and final block of eight match play games for the television finals.