Norm Duke is top seed for stepladder at 2022 USBC Masters 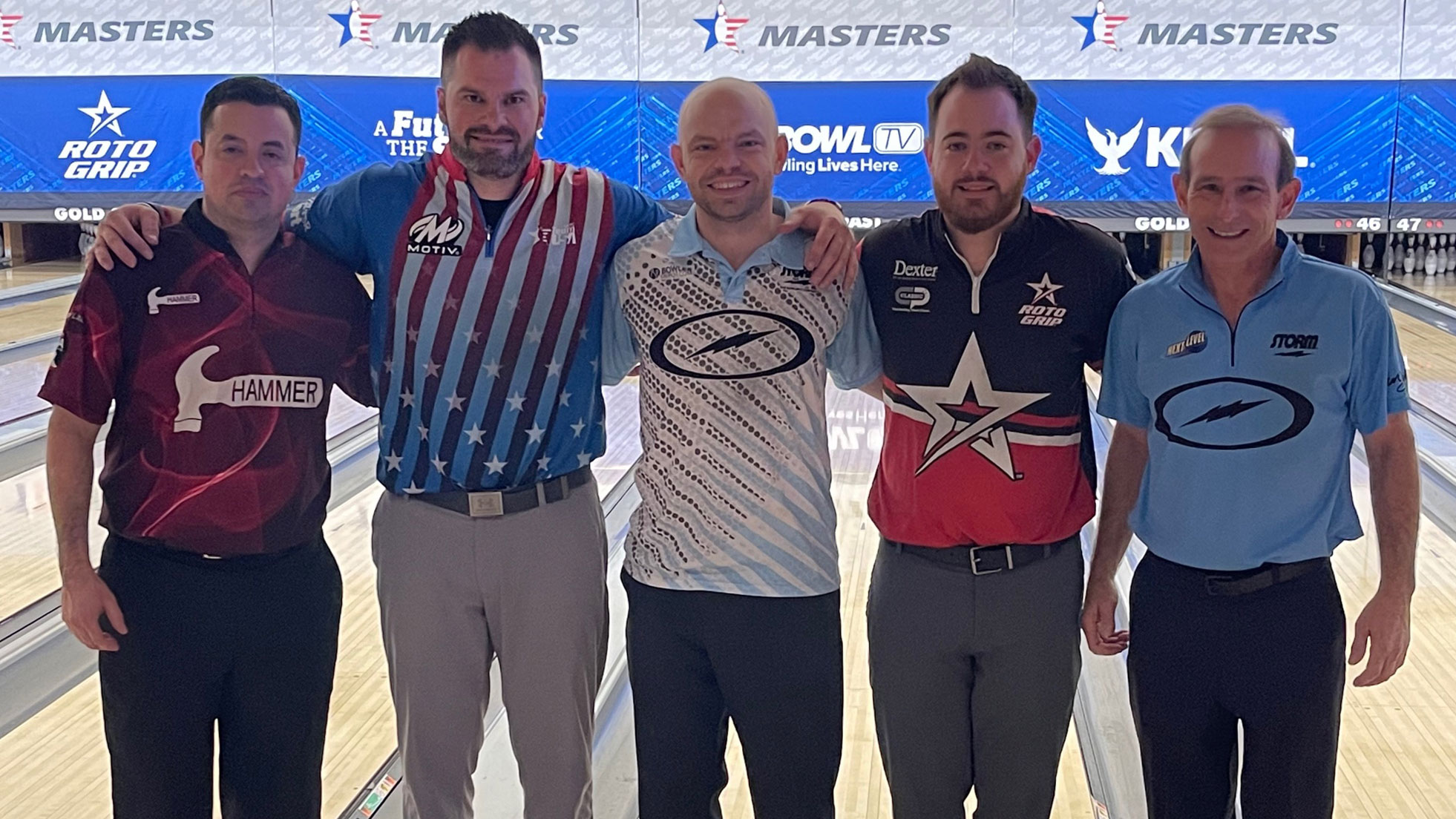 The 58-year-old right-hander went undefeated in match play at the Gold Coast Hotel and Casino and secured his spot in the title match with a 666-644 victory Saturday over 2016 Masters champion Anthony Simonsen of Las Vegas. Simonsen, a three-time major winner, will be the No. 2 seed for the stepladder.

Duke and Simonsen will be joined on Sunday's live FOX broadcast by No. 3 Brad Miller of Lee's Summit, Missouri, No. 4 AJ Johnson of Oswego, Illinois, and No. 5 Shawn Maldonado of Sugarland, Texas.

Duke averaged more than 224 in his six bracket victories on the way to the top seed. He is one win away from his 41st PBA Tour title, eighth major and second win at the Masters. He captured the title at the 1993 event.

In 1983, Duke became the youngest bowler ever to win a PBA Tour title at the age of 18. If he wins Sunday, he'll become the oldest player to win a national tour title, major and the Masters.

USBC and PBA Hall of Famer John Handegard won the 1995 PBA Northwest Classic at the age of 57, and fellow hall of famer Ernie Schlegel captured the 1996 Masters title at 53 years old.

Duke has hinted that he may be coming toward the end of a career that has spanned nearly 40 years at the professional level, but he will be ready for the challenge of 10 more frames for the title Sunday.

"The fact that I think I have one more game for the rest of my life," said Duke in an interview with BowlTV after earning the top seed. "Maybe I bowl more, you know, I'm not retiring. Maybe I decide to bowl more, but right now, I would very much like just to bowl one more game and to do myself proud, and then to thank the world of bowling."

Simonsen became the youngest bowler to win a major when he captured his win at the 2016 Masters at 19 years and 39 days old. The 25-year-old two-hander also won majors at the 2019 PBA Players Championship and 2022 U.S. Open, and a victory Sunday would be his 10th career PBA Tour title.

Simonsen was the top qualifier for the double-elimination bracket at the 2022 Masters, averaging 220.6 for 15 games on the event's 40-foot oil pattern.

Miller, Johnson and Maldonado earned their spots in the stepladder through the Elimination Bracket, advancing from the four-player shootout that determined the last three seeds.

Miller rolled a 676 series to lead the way, while Johnson and Maldonado advanced with sets of 597 and 591, respectively, and will meet in Sunday's opening match. Brent Boho of Indianapolis finished with a 561 series and was eliminated, finishing in sixth place.

Miller and Johnson both are looking for their first PBA Tour titles.

Johnson is making his second championship-round appearance at the Masters after finishing as the runner-up at the 2015 event. He was the top seed as a senior at McKendree University during the appearance and lost to Australia's Jason Belmonte in the title match, 202-157.

Maldonado is a two-time PBA Tour champion in search of his first major championship.

The 2022 Masters started Tuesday with the first of three qualifying rounds for the 414-player field. After 15 games over three days, the top 63 athletes, based on total pinfall, joined defending champion Thomas Larsen of Denmark in match play.

Larsen lost his first two matches in the bracket and finished tied for 49th place.

All bracket matches leading up to the stepladder were three-game total-pinfall contests. All matches on Sunday's show will be one game.
Skip Ad