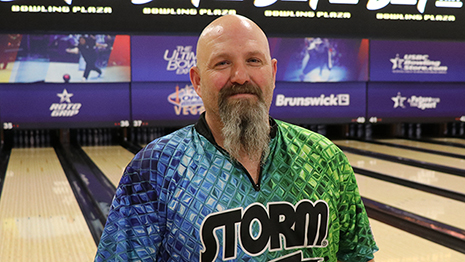 Newton's 300 on Thursday night was the fourth in doubles competition and seventh of the 2022 event, which kicked off it's 129-day run on March 12.

As many bowlers in his position might experience, Newton was very aware of the magnitude of the accomplishment and the stage upon which it took place.

"I started feeling really nervous at the end," said Newton, who made his 14th appearance at the USBC Open Championships. "It's a big stage, so I was pretty nervous."

Newton had a consistent overall performance over the two days at the Bowling Plaza, adding a 622 set in team and 687 in singles for a career-best 1,950 all-events total.

On the way into the record book, Newton fought a nagging back injury and arthritis, and he's glad he did. He was satisfied with his time on the lanes this year, but he also knows he could've done a little bit better.

He'll now look at to the 2023 event in Reno, Nevada, and he's looking forward to being recognized in the Squad Room each time he returns to compete in the Open Championships.

"I felt good, but I also feel like I left a lot out there," said Newton, whose home bowling center is Williston's Strike Zone. "Being recognized is a big achievement. It's right at the top for me."