One additional invitation will be extended to a PWBA member based on similar qualifying.

For PBA members, the 10 automatic invitations will be based on total pinfall for 16 qualifying games in the PBA Xtra Frame South Point Las Vegas Open, Oct. 20-22, at South Point Bowling Plaza in Las Vegas plus 24 qualifying games during the BowlmorAMF U.S. Open Nov. 2-8 at AMF Garland Lanes in Garland, Texas. The one automatic PWBA invitation will be based on qualifying pinfall during the XF South Point Las Vegas Open plus qualifying pinfall from the BowlmorAMF Women’s U.S. Open Aug. 31-Sept. 6 at Brunswick Zone Carolier in North Brunswick. N.J. 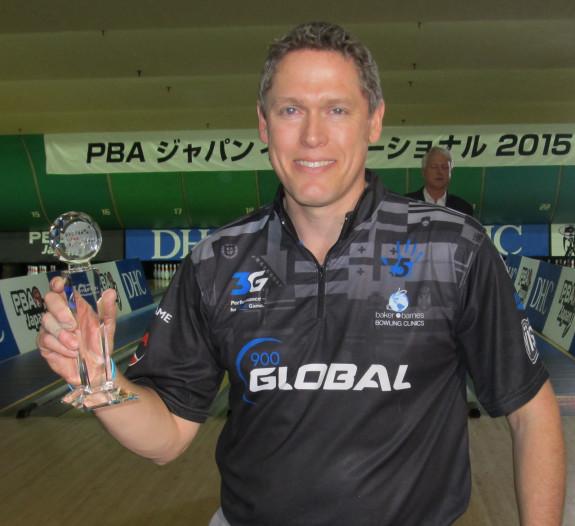 PBA star Chris Barnes is invited as the defending champion. First prize in 2015 was roughly US$43,000 (Barnes won an additional US$43,000 for bowling a 300 game during the stepladder finals, which aired live, world-wide on PBA’s Xtra Frame online bowling channel). Further details about the DHC PBA Japan Invitational, scheduled for January in Tokyo, will be announced later.