CHICAGO (Aug. 19, 2015) – On the heels of a break-out viewership season, the Professional Bowlers Association returns to ESPN for the 36th consecutive year with a live prime-time telecast on Thursday, Dec. 17, as part of a 17-event schedule that includes four major championship live telecasts. 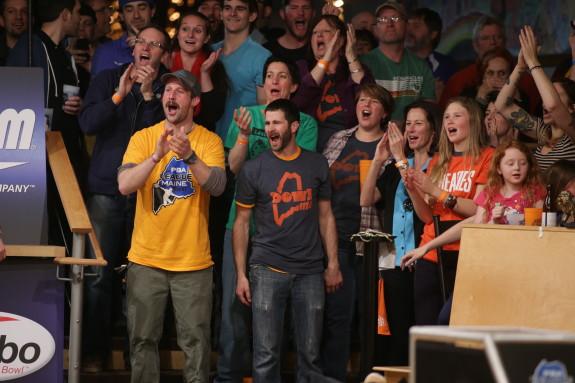 The 2015-16 schedule, released today by the PBA and ESPN, begins with two hours of live coverage of the PBA World Championship from the National Bowling Stadium in Reno, Nev., at 7 p.m. ET on Dec. 17, and concludes with the PBA League Elias Cup finals on Sunday, May 8, from Bayside Bowl in Portland, Maine.

In between, the schedule includes three consecutive Sunday telecasts in February featuring live coverage of major championships: the PBA FireLake Tournament of Champions originating from Shawnee, Okla., live on Super Bowl Sunday (Feb. 7) at 2 p.m. ET; the United States Bowling Congress Masters on Sunday, Feb. 14, at 1 p.m. from Indianapolis and the PBA Players Championship on Sunday, Feb. 21, at 1 p.m. from Columbus, Ohio.

The February schedule concludes at 1 p.m. on Sunday, Feb. 28, with Chris Paul’s CP3 PBA Celebrity Invitational which in 2015 garnered the highest PBA TV viewership (averaging more than 1.1 million viewers) for any event since 2012.

Across the schedule, ESPN will provide PBA fans with 30 hours of world-class bowling coverage. The complete schedule is listed below.

“The PBA is looking forward to building on our exciting 2014-15 season which saw our audience increase by 23 percent, the largest year-over-year viewership increase in decades,” PBA CEO and Commissioner, Tom Clark, said. “It’s a credit to our great partners at ESPN, our business partners and host proprietors, the PBA players who consistently deliver thrilling sports entertainment, and the wide-spread awareness we have developed through our multi-media PBA Network.”

Brian Kweder, ESPN Senior Director, Programming and Acquisitions, also had praise of the network’s long-standing relationship with the PBA.

“The PBA has been a staple of ESPN’s schedule for the past 36 years and following the success of last year’s rating, we’re excited to kick things off with a live prime time event on December 17,” Kweder said. “We are looking to continue the ratings upswing this season with an appealing and consistent schedule.”

Australia’s Jason Belmonte is the two-time defending PBA Player of the Year, and is on an unprecedented run in major championships, winning the past three USBC Masters and past two PBA Tournaments of Champions. His revolutionary two-hand bowling style has inspired legions of young bowlers.

Belmonte heads a group of players in the prime of their careers, while legends of the game such as Pete Weber, Parker Bohn III, Norm Duke and Walter Ray Williams Jr. continue to compete for titles with them and an exuberant crop of rising stars.