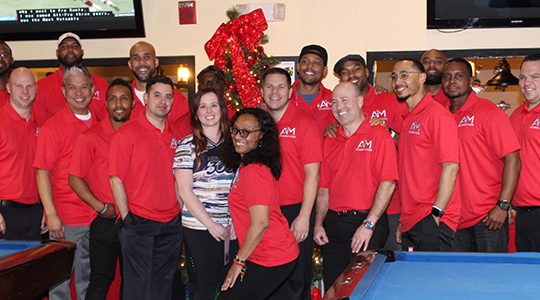 Mookie Betts’ emergence as a major league superstar with the world champion Boston Red Sox, combined with his high-level bowling skills, has developed into a mutually beneficial relationship with the Professional Bowlers Association over the past three years.

And while they were in town for the celebrity fund-raiser at LTA Bowling Lanes in Murfreesboro, Tenn., the PBA players also donated their time and knowledge to Collins’ new youth bowling clinic at Smyrna Lanes in nearby Smyrna, Tenn.

The celebrity fund-raising event (subtitled “AIM” for Acts Inspired by Mookie) carried on a tradition established by Collins when she was still in high school: raising money to help people facing medical or economic hardships, especially around the holidays.

“The idea was just to help someone,” Collins said, adding that while the amount of money raised has yet to be calculated, “it has increased tenfold” over the past five years as her talented son has steadily risen to stardom in major league baseball.

In a year in which Betts was named American League Most Valuable Player, won the AL batting championship, was selected as AL Defensive Player of the Year, earned Silver Slugger and Gold Glove honors, played in the MLB All-Star Game and helped the Red Sox win the World Series, he coincidentally became one of bowling’s most prominent spokesmen because his bowling talent was a topic in almost every discussion of his considerable athletic abilities.

From the PBA perspective, he has participated in the PBA World Series of Bowling twice (rolling a 300 in the 2017 Scorpion Championship in Reno) and he will join NBA star Chris Paul and friends for the third time as a participant in the CP3 PBA Celebrity Invitational at Bowlero The Woodlands in Conroe, Texas. The annual CP3 Invitational will air on FOX on Super Bowl Sunday (Feb. 3) at 2 p.m. EST. In addition, PBA CEO and Commissioner Tom Clark presented Betts with his PBA 300 game ring during pre-game ceremonies at Fenway Park in Boston last summer.