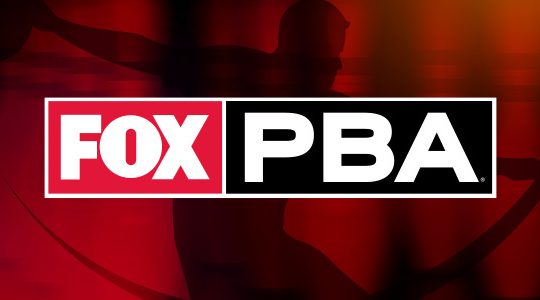 (May 20, 2020) - The Professional Bowlers Association will be back live on FOX, Saturday, June 6, from 7-9 pm ET, with the first-ever PBA Strike Derby, beginning a series of exciting special events over the next two months featuring the greatest bowlers in the world.

All of the competition will be held at Bowlero Jupiter in Florida, without fans in attendance and an abundance of caution towards the safety of the players, officials and TV production crew.

"We are so excited to be one of the first properties bringing live sports back to broadcast television," PBA CEO Colie Edison said. "This dynamic series of events will showcase the immense talent of our elite bowlers to a wide audience and we look forward to welcoming new fans to the Professional Bowlers Association."

First up is the inaugural "PBA Strike Derby," live on FOX, from 7-9 pm ET, Saturday, June 6, in what will surely be the greatest display of strikes ever on TV. The eight players will compete in a timed competition with each player getting 2 minutes to record as many strikes as they can. They will then be placed into an elimination bracket where the Strike Derby will continue until the first champion is named.

The following Saturday, June 13, also on FOX, from 6-8 pm ET, the "PBA Summer Clash" takes to the lanes in the popular one-ball elimination format that has twice garnered the highest TV ratings in more than a decade. As an added twist, the top two PWBA Tour players in points, Shannon O'Keefe and Danielle McEwan, will join the 8 PBA stars at the starting gate to begin round one, with the low score eliminated. That process continues round-by-round until one player will be left standing as champion.

Next up in July and featuring more players to be named, will be a four-night, live, "PBA King of the Lanes" series on FS1, with dates to be announced. The format will begin by deciding the "King" of the lanes, who will then defend the crown against a different challenger in a one-game match. The winner will be the King and returns the next night to face new challengers, with that process continuing each night.

Regularly scheduled PBA Tour events on FOX Sports that were postponed due to COVID-19, such as PBA World Series of Bowling animal pattern championships, the USBC Masters, PBA Playoffs and PBA League team competition, are being rescheduled for the fall and winter.

Competing, and how they qualified, by 2020 Go Bowling PBA Tour event:

Competing: Players to be named