Semifinal round action for the four animal pattern events, which will determine the top four for the ESPN final tapings beginning Friday, will take place on Wednesday also beginning at 10 a.m. (Cheetah), 1 p.m. (Viper), 4:30 p.m. (Chameleon) and 7:30 p.m. (Scorpion). All times are Pacific. For a complete match play schedule and results visit pba.com.

All match play rounds of the WSOB are being covered live, exclusively by PBA’s online video streaming service, Xtra Frame. For subscription and schedule information, visit pba.com and click on the Xtra Frame link. Real-time results also will be posted on pba.com under its “live scoring” link. 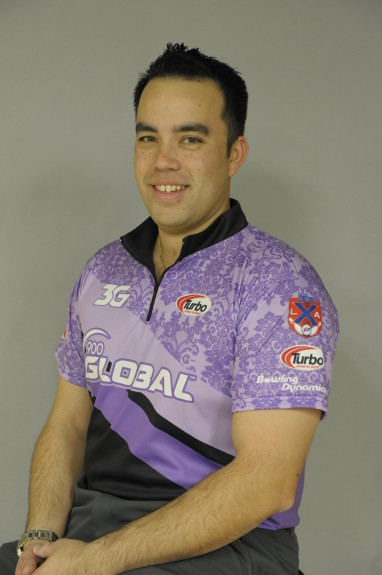 Another illustration of the diversity of competition being conducted during the World Series is the inclusion of the Sands PBA Tri-Regional tournament which concluded Sunday.

The regular division had an international field of 75 players representing 13 countries.

With a dominating 15-1 match play performance and 5,900 pinfall for 24 games including bonus pins, former Team USA member and United States Bowling Congress president Andrew Cain of Phoenix, Ariz. took home the $2,500 first prize and his second regional title. He finished a whopping 416 pins ahead of two-time Tour and former World Championship winner Tom Smallwood of Saginaw, Mich., who finished second with 5,484 and a 10-5-1 record.

Tickets are still available for the live Rolltech PBA World Championship ESPN finals Thursday at 4 p.m. PT which will be available at the door at the National Bowling Stadium or in advance by ordering on pba.com.