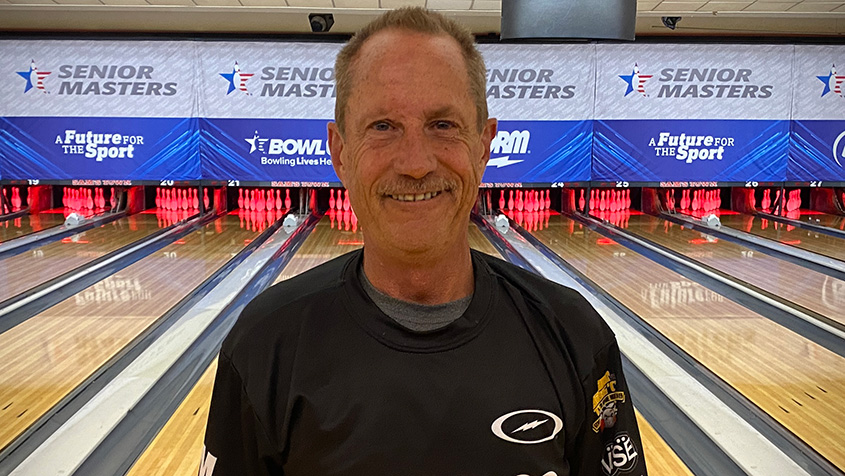 LAS VEGAS - United States Bowling Congress and Professional Bowlers Association Hall of Famer Pete Weber of St. Ann, Missouri, averaged more than 263 during his final round of qualifying Thursday at the 2022 USBC Senior Masters to lead the top 64 players into the double-elimination bracket starting Friday at the Sam's Town Bowling Center.

Weber will be the No. 1 seed for the bracket starting Friday at noon Eastern and face Jon DeLaney of McKinney, Texas, in the first round. DeLaney earned the final spot in the bracket after finishing in 64th place with a 3,080 total, a 205.3 average.

USBC and PBA Hall of Famer Chris Barnes of Denton, Texas, finished qualifying in second with 3,491. Barnes finished as the runner-up at the 2021 Senior Masters.

USBC Hall of Famer Lennie Boresch Jr. of Kenosha, Wisconsin, continued the momentum from this runner-up finish last weekend at Sam's Town during the Super Senior Classic and finished in third with 3,484.

Defending champion Tom Hess of Granger, Iowa, finished in 21st place with a 3,257 total and will face No. 44 Mike Keough of Stockton, California, in the opening round.

All competitors at the 2022 Senior Masters bowled three five-game blocks over three days on the 40-foot oil pattern being used this week. Each squad bowled one block on the fresh, one round on the burn and five games on the double-burn.

The top 63 bowlers advanced to join Hess in the bracket. Hess was guaranteed a spot in the bracket as the defending champion and could improve his seeding through qualifying. If he finished outside of the top 63, he would have entered match play as the No. 64 seed.

All bracket matches leading up to Sunday's stepladder finals will feature a three-game total-pinfall format. The top five players will advance to the stepladder, which will begin at 1 p.m. Eastern on BowlTV.