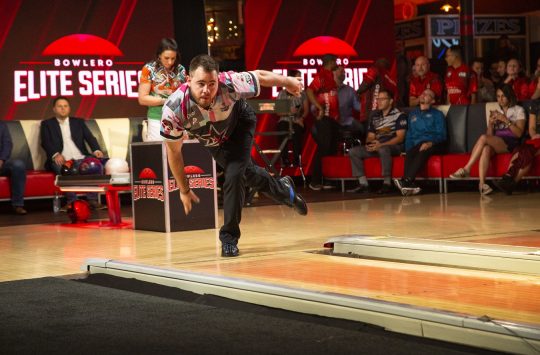 The Bowlero Elite Series, the pro-am competition that has aired on NBCSN in September and in April, rolls into Bowlero Jupiter, Fla., with the year's final show, which is set to air Dec. 29 at 1:00 p.m. ET on NBC. The tournament will welcome previous champions Luis Gonzalez and Anthony Simonsen, who will be joined by returning players, four new professionals, and six new league bowlers.

The fast-paced competition will have the 16 players face off in single elimination brackets as they vie for the first-place prize of $100,000. As seen previously, the outcome of every match is unpredictable and any competitor could go home as the new BES champion.

The eight professional bowlers include:

The eight amateur bowlers include:

Viewers can also stream the tournament on NBCSports.com and the NBC Sports app.