PWBA Tour to start 2022 season with return to Rockford 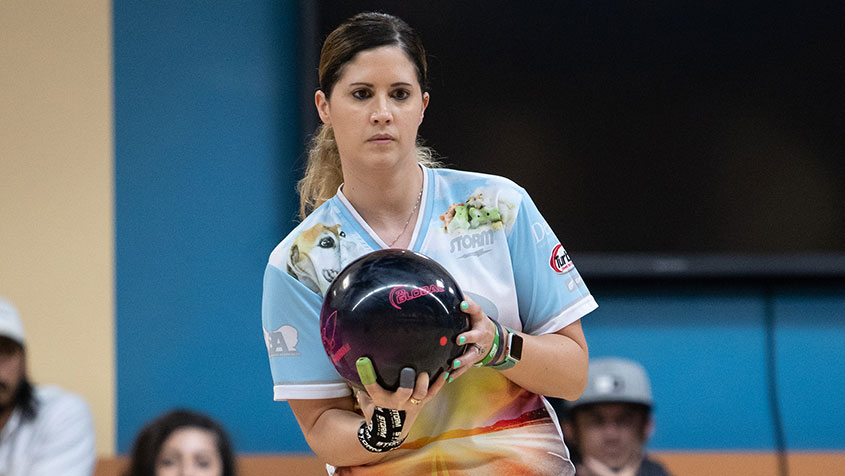 ROCKFORD, Ill. - The Professional Women's Bowling Association Tour will kick off the 2022 season this week at The Cherry Bowl, while returning to its roots as the PWBA Rockford Open gets underway.

The Rockford Open, which runs from May 11-15, will begin Wednesday with a pre-tournament qualifier, which will add 10 players to complete a sold-out field of 80 competitors. The official practice session will take place Thursday, and competition will get underway Friday with two six-game qualifying rounds.

The top 25 athletes will advance and bowl another six-game block Saturday to determine the top 12 players. A final six-game round will determine the five players for the stepladder finals, based on total pinfall for 24 games.

The finals of the Rockford Open will take place Sunday at 6 p.m. Eastern, with the winner earning $20,000 live on CBS Sports Network.

From 1981-2003, The Cherry Bowl served as the PWBA headquarters, with PWBA and United States Bowling Congress Hall of Famer and proprietor John Sommer at the helm.

Rockford, which is approximately 90 miles west of Chicago, hosted at least one PWBA event for 31 consecutive years (1973-2003) prior to the tour ceasing operations in 2003.

The last player to win a title at The Cherry Bowl was Tiffany Stanbrough at the 2003 Pepsi Rockford Classic. Stanbrough won four titles in just a two-year span (2002-2003).

Johnson, Kulick and DiRupo are members of the USBC Hall of Fame, and both Johnson and Kulick are scheduled to compete this week.

Bryanna Coté of Tucson, Arizona, the 2021 PWBA Player of the Year, also is scheduled to compete this week and will try to build on what was one of the most consistent seasons on the PWBA Tour in recent memory.

Despite only winning one title (PWBA ITRC Classic), she was tied for the lead in championship-round appearances with six, which included three runner-up finishes. She was third in average and earnings and finished in the top 10 in cashes and match-play and Top-12 appearances.

So, how does one build on a player-of-the-year campaign?

"I ask myself the question all the time," Coté said. "How can you build on POY? Well, you can. My season wasn't perfect. I missed cuts and made bad judgments, but I learned from them. The way I build on last season is to learn from my mistakes and know when to apply what was learned quicker."

Coté also is well aware of the role the city of Rockford played, along with The Cherry Bowl, with regard to PWBA Tour history. Although she was a teenager the last time the PWBA visited Rockford, she's grateful the tour is back in familiar surroundings.

"To have the tour return to Rockford almost makes it seem as if it never stopped for so many years," Coté said. "No matter what life threw at the women's tour, it was going to find its way back to its roots."

The Rockford Regional will take place Sunday morning and consist of an eight-game qualifying block. The top four players, based on total pinfall, will advance to the stepladder finals.

The 2022 season features 12 events, seven of which will conclude on CBS Sports Network, and an overall prize fund of approximately $1.4 million, which represents the largest average per event since the tour's relaunch in 2015.

The schedule also features three majors, the USBC Queens, U.S. Women's Open and season-ending PWBA Tour Championship. The stepladder finals at all three majors, along with four standard events throughout the season, will be broadcast live on CBS Sports Network.
Skip Ad