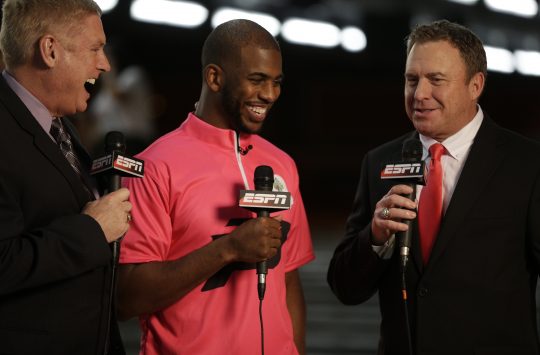 Paul will be joined by several celebrities and PBA Tour stars who will compete in the multi-format event contested at Bowlero The Woodlands in Conroe, Texas which benefits the Chris Paul Family Foundation, a non-profit organization dedicated to promoting youth, education, health, sports and social responsibility.

● Harden and 2016 PBA Player of the Year EJ Tackett

Betts will be a threat for the title with partner O’Neill after having bowled a 300 game in the Pepsi PBA Scorpion Championship presented by GoBowling!, which was part of the GEICO PBA World Series of Bowling IX in November.

In the third event of the telecast, all of the celebrities, plus actor/comedian Oscar Nunez and Rockets guard Bobby Brown, take part in the Go Bowling! Celebrity Super Clash, a one-ball sudden-death shootout where the player with the lowest pinfall per frame is eliminated.