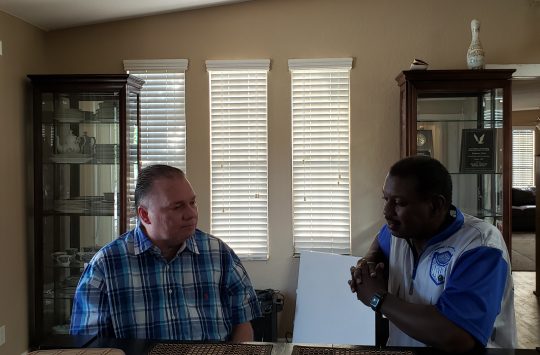 It has been said that there never was a person more qualified and prepared to be President of the United States than George H.W. Bush. When it comes to the presidency of The National Bowling Association, the same could be said of Dewann Clark, who began his ascendancy to TNBA’s highest office when he was selected as one of just eight “youth leaders” to attend the association’s annual convention while still in school.

In this debut video edition of The Bowlers Journal Podcast, Clark talks with BJI’s Bob Johnson about how bowling saved him from going down a calamitous path that so many of his friends took, how he was able to become the first African-American to join the Greater Los Angeles Junior All-Star Traveling League and later be named director of that prestigious league, a special bowling center that served as a beacon of light in the aftermath of the 1992 riots sparked by the acquittal of police officers in the Rodney King beating case, how TNBA serves as a model of civility amidst the present-day unrest ignited by the George Floyd killing in Minneapolis, and much more.

View Parts 1 and 2 of the interview below.