The 43–year-old flooring company owner from the small western Ohio town of Russells Point competes part-time on the PBA Tour. But on Sunday, Jan. 11, he will be trying to win the first title of his eight-year part-time career when he competes in the PBA World Championship stepladder finals live on ESPN from the South Point Bowling Plaza. The telecast begins at 1 p.m. ET.

And what a first title it would be. As a PBA major, the PBA World Championship is one of the toughest tournaments in professional bowling. In order to advance to the stepladder finals, competitors bowled 52 games of qualifying and match play rounds on five different lane conditioning patterns at the South Point Bowling Center in October as part of the GEICO PBA World Series of Bowling VI. Out of 240 players from around the world, Book qualified fourth for the finals.

“I think having a format where you’re bowling on multiple lane conditioning patterns is a great idea because it eliminates players who dominate on one pattern,” Book said. “I think the biggest challenges I had to deal with were adjusting to the (lane condition) transitions and staying patient when things weren’t going my way.” 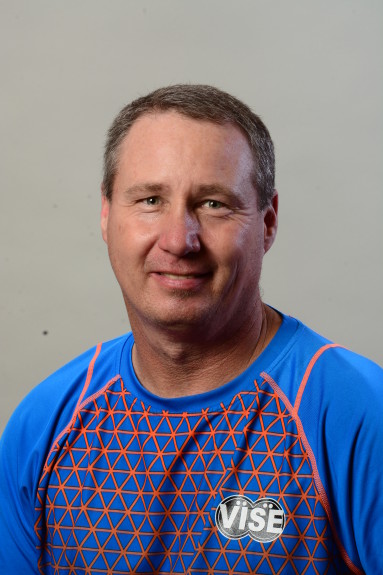 As the No. 4 qualifier for the ESPN telecast, Book will bowl in the opening match against England’s Stuart Williams, who is trying for his second Tour title. The winner of that match will have to beat Ronnie Russell, Mike Fagan and finally tournament leader Wes Malott in the championship match to take the crown.

“Going into the finals I’m not really developing a strategy,” Book said. “It’s going to come down to watching how the other players are breaking down the lane during competition and what I learn from the practice we get on site.”

In addition to running his flooring business, the birth of son James in 2013, and spending time with his family have also become priorities in his life. They require him to adjust his practice and preparation, but it’s not something he’s overly worried about.

“Since I have my own business and have a busy work schedule as well as a family, I haven’t had a whole lot of time to practice,” Book added. “But throughout my career I’ve always been kind of a ‘feel’ player so I’m not really that concerned about losing a lot of practice time.”

Book, who has won three titles as a regular competitor in PBA regional events, has one other PBA Tour television appearance when he finished fourth in the 2007 Lake County Indiana Open. His best finish in 2014 was 17th in the Cheetah Championship and prior to the World Series, in the only other Tour event he entered in 2014, he finished 38th in the Barbasol PBA Tournament of Champions.

“I’ve had some good finishes in Tour events in the past and I’ve been close to making the finals in previous majors, but I just haven’t been able to close the door,” Book said. “I think continuing to work on the mental part of the game with the help of a sports psychologist will improve my chances when the World Championship finals roll around.”

“This is what you dream of to be on a stage like this,” Book said. “A win would make all the hard work over the years pay off.”

To watch video highlights of Book click on https://www.youtube.com/watch?v=kTjHAUtzCj0

3. Favorite TV show: Anything on the Golf Channel

5. Favorite music or performer: No real favorite, but love country

9. Another occupation I would love: Pro golfer

11. Most satisfying accomplishment outside of bowling: Building a successful flooring company business

12. Charities I work with: Paralyzed Veterans of America (Todd is a Navy veteran who won the All-Navy Bowling Championship in 1992

14. Top item on personal bucket list: To take my family on an Alaskan cruise

15. If you could meet any historical person who would it be? Golfing great Bobby Jones