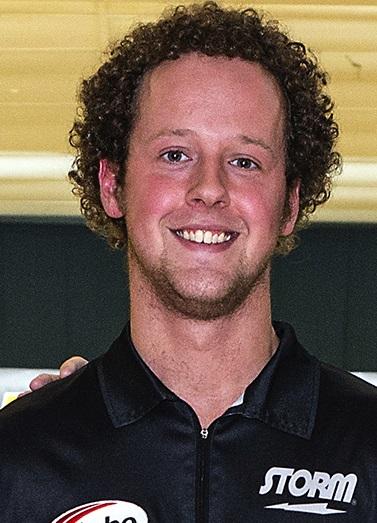 A day after making his first PBA Tour TV show at the 2015 PBA Summer Series Wolf Open, Kyle Troup of Taylorsville, North Carolina, was chosen as the April 2015 Kegel Bowler of the Month by the International Bowling Media Association.

Troup, with nine PBA regional in his young career, has been a regular on the PBA Tour the past few years. Troup is the son of eight-time PBA titlist, Guppy Troup.

The Logo Infusion InsideBowling.com Open, held since 2012 and hosted by bowling promoter and InsideBowling.com CEO Mike Flanagan, features many touring pros and top amateurs from several different countries. It is contested on a demanding oil pattern, specifically designed for this tournament. A total of 228 bowlers rolled twelve games for twelve match play positions, before cutting to the stepladder final.