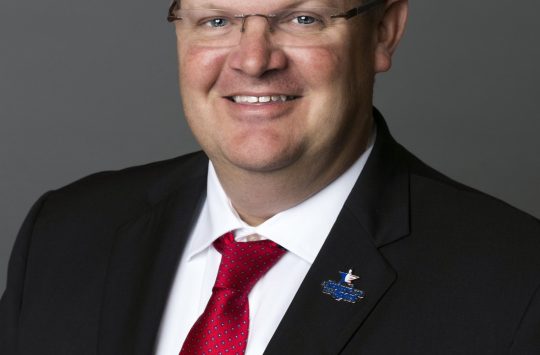 The United States Bowling Congress announced in a tweet on Sept. 9 the discontinuation of the USBC Mixed tournament after just two years. The day before that announcement was made, USBC also provided more details about the prize fund for the U.S. Open, which will be held at South Point Bowling Plaza in Las Vegas Nov. 3-9. BJI recently spoke with USBC Executive Director, Chad Murphy, about both announcements; he discussed in detail the decision-making process that contributed to both developments.

A Bowl.com release on Sept. 8 noted that competitors in the 2016 U.S. Open would “bowl for a prize fund expected to exceed $226,000, which includes $100,000 in added money.” Murphy said in the release that he wants to “make sure the prize fund is representative of a major championship from top to bottom,” and he later told BJI that the decision to lower the top prize from the $50,000 it featured last year to $30,000 this year was made to ensure that the tournament would be a more lucrative endeavor for more bowlers.

Highlighting that even 38th place would pay $2,000, Murphy said, “I think everyone who bowls the U.S. Open wants to become U.S. Open champion. That’s the goal. But we only crown one of those a year. This tournament’s been through a lot over the past decade; it’s kind of lost the true bowlers who bowled it every year. So this year we looked at really building a solid prize fund rather than looking at that top prize.”

To be clear, the “added” $100,000 is not a new development; it already was a feature of the 2016 U.S. Open prize fund, but Murphy stressed the importance of underscoring that aspect of the tournament’s payout.

“I think people don’t really realize that there is that type of investment,” he said. “The reason we wanted to shed a light on it is so that folks in Pennsylvania or New York who wouldn’t really consider this trip in the past because they might know they can’t win and the prize fund at the bottom hasn’t been big enough to support it, now might make the trip. So, the barometer for success with this year’s U.S. Open will be entry count.

“I think what a lot of folks miss is that the top prize for the U.S. Women’s Open was $20,000, and if you go back and look at that prize fund, we built a better distribution of funds all the way down,” he added. “For the full-time bowler today, or even those bowling just on weekends, they need to have a prize fund that makes it worthwhile to travel long distances to bowl. We have made that commitment.”

“You know, $100,000 is huge for bowling. There are very few tournaments today that feature that. The U.S. Open, the U.S. Women’s Open, the Masters and the Queens all are so heavily subsidized by this building,” he said, alluding to the International Bowling Campus in Arlington, Texas, “that you could say between the PBA, USBC and BPAA, we are making a huge investment in the professional bowling segment.”

Murphy emphasized strongly the need for the U.S. Open prize fund as a whole to be a greater point of emphasis than the amount paid for first place.

“A lot of people look at the first prize as the marker, but it really shouldn’t be. When you really look at it, a lot of folks believe that if we would put more money up top, we would get more sponsorships, but the reality is that we have done that several times, as much as $100,000 for first place, and it didn’t drive more sponsorships nor did it drive healthier, happier bowling.”

The last U.S. Open to feature a $100,000 top prize was the 66th U.S. Open in 2009, when Mike Scroggins defeated Norm Duke, 191-173, for the title. The prize fund declined precipitously from there, with Duke earning half that amount and the lowest finisher on the show, Amleto Monacelli, taking home a four-figure check for fifth place, $9,000.

“We really felt it was time to take a look at the prize fund in total,” Murphy said. “We wanted to build a prize fund for everyone who was bowling, not just have a bunch of money at the top and very little at the bottom.

“I can tell you that more than 50 bowlers will make money for the week. For a bowler in this marketplace, that’s pretty outstanding stuff. Very few times in the history of our sport has that been true for a week-long trip to bowl an event like this.”

Murphy added that the response from the bowlers themselves has been positive.

“A lot of the bowlers are happy with this prize fund, and we’ve certainly talked to more than a few of them about this decision.”

The bottom line for Murphy about the U.S. Open is its importance to the credibility and the image of the sport as a whole.

While Murphy believes that precedent provides no credence to the notion that sponsorships are gained by bloating the very top of the prize fund for an event like the U.S. Open, he also sees little, if any, connection between the prize fund and ratings for the TV finals.

“Really, the prize fund doesn’t have anything to do with anything related to TV,” he said. “TV is about the competition. It’s about the entertainment in watching the best of the best go at it, no matter what sport you’re watching. There are people who connect TV ratings with money, but I don’t believe that is true in sports. In poker, sure, but when it comes to sports you just want to watch the best of the best compete. That is what the TV shows are there for.” 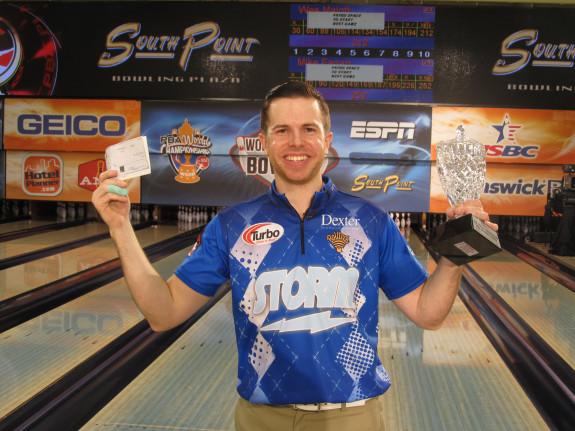 Murphy expressed great admiration for high-caliber bowlers like PBA champion Mike Fagan, a member of the team that won the USBC Mixed this year, but said they were not the type of bowler for whom the Mixed was designed.

Murphy also addressed the discontinuation of the USBC Mixed tournament. He began with an eye toward the announcement’s impact on USBC’s partners in Baton Rouge, La., where the 2017 event was to take place.

“Our partners in Baton Rouge have been wonderful, and we love them dearly,” he said. “This decision had nothing to do with the sad events that took place with the flooding and those types of things. This simply was a decision based on taking a look at how we spend our members’ money.”

The USBC Mixed debuted last year at the National Bowling Stadium in Reno and this year was held April 10-July 10 at South Point in Las Vegas alongside the Women’s Championships.

“After this year’s tournament we looked at how many bowlers were bowling the event versus how many bowled the Women’s Championships, and versus our total membership. The design was to get that mid-level bowler to come out and support the Mixed. And it’s just been tough sledding. If you look at the numbers, only eight teams bowled Division 4, which really was at the heart of the design of the event. It was designed to be more of a fun competition for a not great, but avid, bowler.

“So, to only have eight teams in that division showed that this is not really what the consumer wants at our national Women’s Championships. It was a pretty easy decision to say there is no reason to invest more of our members’ money into something that they didn’t see value in. That’s the reason the Mixed was removed from our tournament offerings.”

Murphy said it was “fair to say” that holding the first two Mixed tournaments in cities out west made the event less likely to gain traction among bowlers from other parts of the country.

“We had 6,100 teams at the Women’s Championships this year, and a very low percentage of them bowled the Mixed,” he said. “That sent a pretty loud and clear message that it wasn’t viable.”

Murphy offered additional reasons why he thinks the tournament did not catch on.

“The customer that bowled the Women’s Championship, is she there to bowl a second event, or is she there to have fun with her friends and do some other fun things outside of bowling?” he wondered. “Also, though there are a lot of mixed leagues around the country, those leagues are built in a handicap environment. We split the Mixed group up into divisions and asked them to bowl scratch. I don’t know if that necessarily is the reason the tournament did not get support, but we did not get enough bowlers in those divisions to really survey and figure it out.

“The higher division, Division 1, those guys are going to bowl anything we offer,” he added. “Guys like me in the past, and Michael Fagan and them, who won the event this year, they bowled tremendous, and we love them, and they are great champions, but the reality is, they were not the target for the event. So, again, if the consumer doesn’t really want or need it, we need to look at that and make decisions like this one even though they are tough.”