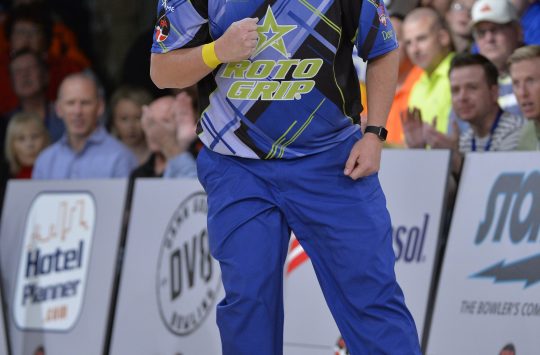 After bowling six games in the main section of the 54-lane suburban Detroit center, the top 12 moved into the historic Thunderbowl arena bay for their second six-game qualifying round at 7:30 p.m. ET. Round two will decide the top five players for the stepladder finals of the Badger Open, which will be contested Saturday at 5:15 p.m. in the arena bay. The CBS Sports Network telecast is set for Wednesday, Oct. 5, at 9 p.m. ET.

The first six games bowled in the Wolf, Bear and Badger Opens also were the qualifying stages in determining the 18 players who will advance to three Detroit Open qualifying rounds Thursday. The 18 qualifiers will bowl another six games on each of the Wolf, Bear and Badger patterns Thursday with 36-game combined pinfall totals determining the Detroit Open stepladder finalists.