Without Power or Water for Three Days as Temperatures Plunged, Clara Guerrero Got Creative 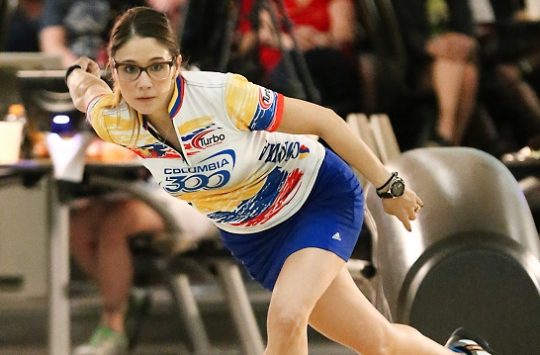 PWBA Tour champion Clara Guerrero's exercise bike never came in so handy as it did last week. The reason for that has nothing to do with fitness.

Guerrero lives with husband Josh Kubiak in Pflugerville, Texas, where the overnight low fell to 6 degrees after daybreak on Feb. 16. The couple spent three straight days without power or water.

"What a rough week. It was crazy," Guerrero said Sunday in an interview with Bowlers Journal at Bowlero Jupiter in Jupiter, Florida, where she is bowling the PBA Tournament of Champions this week. "It caught us completely off guard. We didn't have anything. I didn't have flashlights. I didn't have much more than three candles. I lost electricity, I lost water, we had no phone signal, the computers were not charged. Nothing. It was freezing. The house got so cold. I would say it got down to the upper 40s in the house."

One thing she did have were clothes. Let's just say she made ample use of that particular resource.

"I had on four pairs of pants, four shirts, a couple of jackets, gloves," Guerrero said. "At night, we had probably like five blankets on top of us."

And don't forget about that exercise bike. She had that, too.

"I brought the exercise bike from the garage into the house, and whenever I started getting cold, I was like, 'Okay, it's time to get on the bike.' And I would get super hot."

The 2016 PWBA Players Championship winner and two-time PBA regional champion never imagined that the weather, of all things, would provide an incentive to work out. Yet that was the one silver lining for Guerrero amid an otherwise challenging week.

"It was a great three days of working out every time I was cold," Guerrero said with a laugh.

With no water for days, Guerrero and Kubiak resorted to melting snow from their backyard to have water for washing dishes. But with the fear of pipes bursting, even that idea had its risks.

"I couldn't let the water drain, so that was kind of interesting," Guerrero said.

One thing Guerrero could not turn to as the temperature inside her house plunged into the upper 40s was a fireplace. Her house does not have one.

"When we built our home, we were like, 'No, we don't need a fireplace. We live in Texas,'" Guerrero said. "We didn't need it. Until this week. I was like, 'This is the last time we live in a house without a fireplace.'"

That is one of many lessons learned for Guerrero and Kubiak.

"We were lucky enough to get electricity by Wednesday night, but I was telling my husband — I  made a huge list — I was like, 'We need water, we need a lantern, we need solar batteries, we need so many things.' We'll be prepared next time, for sure."