'I Still Have a Lot of Good Bowling Left in Me': Jason Couch to Bowl PBA50 Tour 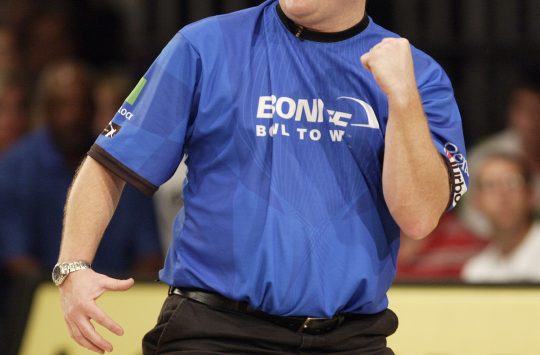 Ebonite International announced today that PBA  and USBC Hall of Famer Jason Couch, who in his tour days was one of the brand's most recognizable stars and more recently has served the company as a district sales manager operating in the southeast U.S., has "signed a national contract in preparation for his return to competitive bowling on the PBA50 Tour."

Couch's comeback marks the second high-profile player to announce his intention to bowl the senior circuit over the past week, as his longtime friend and fellow PBA Hall of Famer Steve Hoskins spoke with Bowlers Journal on Sunday about his own planned competitive comeback. You can listen to that podcast here.

Couch, a 16-time titlist on the PBA Tour, is the only bowler to win three consecutive PBA Tournament of Champions titles, having won that major title in 1999, 2000 and 2002 (no TOC was held in 2001). Couch's four majors overall include a 1993 PBA Touring Players Championship victory.

More recently, Couch won the $15,000 top prize in the 2014 Gene Carter's Pro Shop Classic. Later that year, he enjoyed a successful World Series of Bowling, where he cashed in four events and recorded high finishes of eighth in the PBA Chameleon Championship and 12th in the PBA World Championship.

The powerful left-hander becomes eligible for PBA50 Tour action when he turns 50 on Nov. 8, which means his "rookie" year will have to wait until 2020 as the 2019 season concludes in early August with the PBA50 Dave Small's Jax 60 Classic in Jackson, Mich.

"I still have a lot of good bowling left in me," said Couch, who is transitioning from his sales manager role to a position with Ebonite distributing partner Ace Mitchell. "I look forward to continuing to represent the Ebonite brand both on and off the lanes."