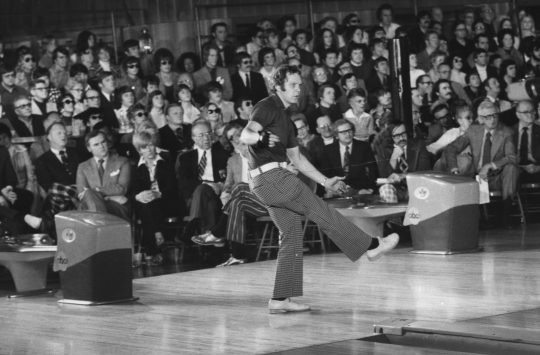 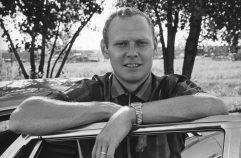 Among his 11 titles was the 1972 PBA National Championship for his lone major, but he was probably most remembered for his 1969 San Jose Open title where he bowled only the second 300 game seen on live television.

On ABC’s Pro Bowlers Tour stepladder final telecast that featured four other PBA greats, Guenther, the No. 4 qualifier, beat Buzz Fazio, 203-195, in the first match and then went on to beat Don Johnson in the second match, where he threw the historic 300 game (300-189). He then defeated Billy Hardwick, 233-214, in the semifinal, and finally top-seeded Wayne Zahn, 268-194, for the title.

“To tell you the truth, I never thought about it until I hit the last strike,” Guenther said after bowling the historic perfect game. “I’ve had nine or 10 300 games in my career but that one was the only one on television. You never think you’re going to get them all – you just keep adding one at a time.”

To view a clip of Guenther’s 300 game in the San Jose Open click on https://www.youtube.com/watch?v=l_R-g8TYyUo or watch below:

Guenther, who was voted as PBA’s 45th greatest player in 2009, was also a three-time Steve Nagy Sportsmanship Award winner, earning the honor in 1966 and 1967 and then shared the award again with Dick Ritger and Dave Soutar in 1970.

Also a member of the United States Bowling Congress Hall of Fame, Guenther was the winner of two USBC Open Championship titles, winning the 1967 and 1974 Classic Team titles.

Information regarding services has not yet been released.