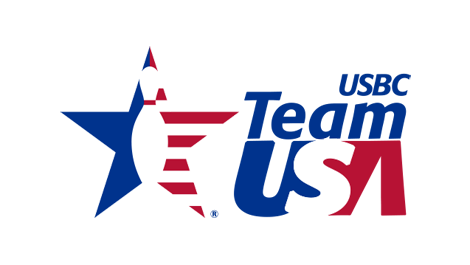 ARLINGTON, Texas – Team USA has experienced tremendous success in international competition, and to ensure future teams have the highest level of training, the United States Bowling Congress has added seven coaches to the Team USA program.

The seven assistant coaches will work with the athletes at training camps and will be available to work with the teams in international competitions, as needed. Each coach is an independent contractor for Team USA and not an employee of USBC.

“These coaches bring a wealth of experience to the Team USA program, and the athletes will benefit from the knowledge and experience of this group,” USBC Executive Director Chad Murphy said. “Having the coaches work training camps will help build the coach/athlete relationships. Much like the player selection process for international competitions, we also will make coaching selections for competitions.”

Baker is a USBC Silver coach and former PBA Tour professional who has been coaching for more than 20 years. He has written a bowling instructional book, The Game Changer, and has conducted more than 140 clinics worldwide. He has worked with many PBA players, including current and former Team USA members Chris Barnes, Mike Fagan, Tommy Jones and Bill O’Neill. On the lanes, he won four PBA national titles.

Dorin-Ballard is a USBC Silver coach, and, with husband Del, owns Ballard’s Bowling Academy, which conducts clinics throughout the United States and internationally. She previously worked as USBC Director of Coaching. A USBC Hall of Fame member and five-time Team USA member, she has won more than 20 professional titles.

Diercks, a USBC Silver coach, is the head coach at Mount Mercy University. An International Bowling Pro Shop and Instructors Association (IBPSIA) certified technician, he previously was a staff coach and manager for the International Art of Bowling (IAB), where he worked with USBC Gold coach Ron Hoppe. He serves on the Iowa and Cedar Rapids association boards, and on the IBPSIA board.

Kulick is a USBC Silver coach and has been a lead instructor for Dick Ritger Bowling Camps since 2006. A graduate of Morehead State, she assisted Larry Wilson on the women’s team that won the Intercollegiate Team Championships in 2000. She is a 13-time member of Team USA, two-time member of Junior Team USA and has six major titles, including the 2010 PBA Tournament of Champions.

Shady, who will be inducted into the USBC Hall of Fame in April, is founder of Peak Performance Bowling, a company that develops educational and instructional programs including clinics, camps, mental conditioning and personalized programs for the growth and development of bowlers of all ages and abilities. He has been on Bowlers Journal Top 100 coaches list the past 16 years, and he is a full-time high school teacher.

Spigner, a USBC Gold coach since 2000 who has been teaching for nearly 40 years, has been on the Bowlers Journal Top 100 Coaches list since 2006. A coaching specialist for IAB, he was the head teaching pro for the Professional Bowling Camps for a decade. He has authored more than 300 instructional articles and has written The Pro Approach for Bowlers Journal since 2008. As a bowler, the USBC Hall of Famer won three PBA national titles and nine regional titles.

Warren is a USBC Gold coach and vice president of Kegel Training Center. He has been the head coach of Webber International men’s team for the last eight years and was the national team coach for the Dominican Republic from 2012-2014. On the lanes, he earned two Professional Bowlers Association national titles and 10 regional titles.

Visit BOWL.com/TeamUSA for more information on the Team USA program.